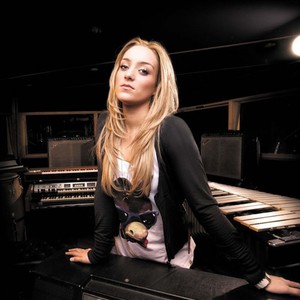 L?a Castel, whose real name Folli Leah, was born on 01 December 1988 in Marseilles. She is passionate about singing and will use his talent to lead a workshop for children in the northern districts of Marseilles. There she will meet phoc?ens rappers known as the Soprano Psy4 De La Rime. In 2005, he decided to take the young L?a under his wing and record duets with her the title "Last Chance". In 2007, L?a Castel participating in the show "Popstars" and even if it does not win, it will allow it to break the job and get out.

Supported by the Skyrock radio, she came out in early 2008, his first album "Pressed De Vivre". The title that will ensure the success of the album is recorded three years earlier: "Last Chance". It will rank among the top five of sales and allows L?a Castel to obtain a double disk or less than six months after the release of his opus. Pop R'n'B style, text and voice sensible magnificent L?a are no stranger to this success.