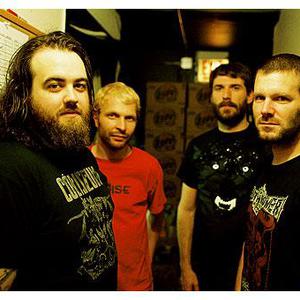 The sonic assault of Sweet Cobra has been described by critics as everything from ?hypnotic, riff-driven mayhem? to ?sludgy groove with hardcore intensity.? Still, that doesn't do their unmistakably original sound justice. When Jason Gagovski (Suicide Note) and Botchy Vasquez (The Killer, and Challenger) formed Sweet Cobra in 2002, each brought a penchant for ?70s inspired groove rock and the ghosts of their hardcore pasts.

The formation of Sweet Cobra allowed Vasquez to come from behind the drumkit to be vocalist/bass player for the first time. Robert Lanham joined on guitar, adding raw, instinctive creativity that soon converged with guitarist Matt Arluck's meticulous pummeling to form the backbone of the group's sound. Sweet Cobra quickly coalesced into something at once relentlessly crushing and trance-inducing, a wave of crashes and builds that dives into dark trenches before slowly crawling up for air.

That indelible sound was captured on their debut album PRAISE, released by Seventh Rule Recordings in late 2003. Influences from bands such as Black Flag, His Hero Is Gone, and Neurosis collide with pieces of rock-riffing staples like early era Helmet and High on Fire. While connections could be drawn, music magazines and websites around the country were unanimously impressed by PRAISE's undeniably peerless quality. It established Sweet Cobra as a band that defied definition and appealed to fans of bone-shattering hardcore, ripping guitar metal, and rhythmic stoner rock alike. Carrying over the same intensity as PRAISE, Sweet Cobra recently emerged from Electrical Audio with FOREVER for Hawthorne Street Records, their newest offering of 8 songs recorded by Greg Norman (Pelican, Russian Circles) and mixed by Sanford Parker (Minsk, Buried at Sea) at Volume Studios. Expect an intensified, haunting, heavy-hearted, all-out aural assault that stands out from the masses, led by Vasquez's signature savage
vocals and driven by the unified front that is Sweet Cobra. For the album's artwork Vasquez completed illustrations, with Gagovski executing art direction and graphic design.