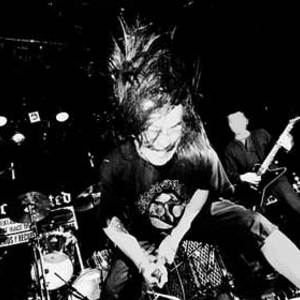 There are at least two bands under the name Corrupted. 1. Corrupted is a Japanese drone/sludge/doom metal band, formed in 1994. Their sound is characterized by incredibly downtuned guitars and bass playing slow, minimalist riffs under deep layers of feedback. The vocals are harsh guttural grunts, and the music alternates between long instrumental sections and sections with vocals which go for long periods of time without rest.

1. Corrupted is a Japanese drone/sludge/doom metal band, formed in 1994. Their sound is characterized by incredibly downtuned guitars and bass playing slow, minimalist riffs under deep layers of feedback. The vocals are harsh guttural grunts, and the music alternates between long instrumental sections and sections with vocals which go for long periods of time without rest. They are considered by most familiar with the genre to be one of the heaviest and darkest doom metal bands of all. However, they sometimes have long acoustic sections, spoken-word interludes, and other breaks in the style, even other instruments, as on their album El Mundo Frio, a 71-minute song which contains long sections of harp. To this effect, they recently added a keyboardist, Takehito Miyagi, to their lineup, which had previously consisted only of guitar, bass, drums, and vocals.

Corrupted has a few notable idiosyncrasies which seem to create an air of mystery around the band. Although they hail from Japan, and their members on most releases are all Japanese, they sing almost exclusively in Spanish, though some songs contain sections in Japanese or English. In addition, the band has never taken promotional pictures nor do any of the albums contain group photos. The only known existing photographs are taken by fans at concerts, and they refuse to give interviews.

Corrupted's albums typically contain extensive liner notes in the form of bleak black-and-white photographs, which add to the gloomy atmosphere of the music.

Much of Corrupted's discography is on split albums, often with grindcore bands. The band is known for its ability to produce songs of almost any length; their longest song El Mundo is substantially longer than an hour, while their shortest song, an untitled track recorded for a homeless benefit compilation, lasts less than two minutes.

"Formed in 1999, Corrupted have been a regular feature of the metal gig itinerary up and down Ireland ever since. Fusing melodic heavy metal in the Swedish style with the weight and groove of Pantera, Obituary and Fear Factory, these guys have the potential to gain a lot of fans in this country. Their debut demo CD "Feed on the Weak" is an impressive stab at conveying the bands live power - though not perfect, it showcases very tight playing and a knack for solid songwriting. Tracks like Goregasm really shine out and are destined to do them big favours as they continue their trawl in search of label interest. Frequently cited as being a fantastic live proposition, the bands energy and professional approach are to be commended - from the pro packaged cd, the substantial web site and to the nice line in tshirts, this band is another putting their money where their mouths are."