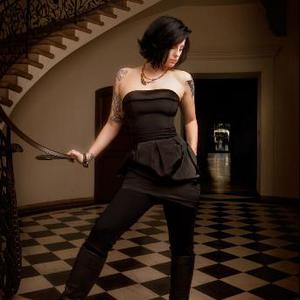 Spinnerette is a semi-solo project for Australian rock musician Brody Dalle best known as vocalist/guitarist for defunct punk band The Distillers. The backing group currently consists of Tony Bevilacqua (The Distillers), Jack Irons (Red Hot Chili Peppers, Pearl Jam, Eleven) and Alain Johannes (Queens of the Stone Age, Eleven). However, Brody Dalle has stated in an interview that, "Spinnerette isn't a band, it's me and whichever musicians I want to work with at the time." Dalle announced the emergence of the project in March 2007.

Dalle announced the emergence of the project in March 2007.

On June 9th, Spinnerette made their entire debut album available for listening on their MySpace page. The album, Spinnerette, was released in the UK on June 15th and in the US on the 23rd. The first single from this album to be released was Baptized By Fire which, as verified by Brody Dalle's Twitter, had a video shot for and will be released some time in July, 2009.