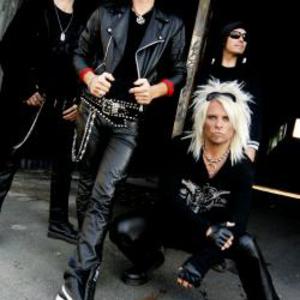 The Nasty Idols mixed elements of Hanoi Rocks, Motley Crue and Alice Cooper to produce their own brand of straightforward, sleazy glam rock. Formed in Malmo, Sweden by Andy Pierce (vocals) and Dick Qwarfort (bass). The group went through several line-up changes before recording a self financed single that lead to a record deal. Jonnie Wee (guitar), George Swanson (drums) and Roger White (keyboards) rounded out the band for the debut album. The record helped them become one of the hottest rock acts in Sweden.

For Cruel Intention, Peter Espinoza replaced Wee. It would prove to be their biggest album, as "Cool Way Of Living" received limited airplay on MTV's Headbanger Ball. Unfortunately, Swanson got sick while on the supporting tour, and was replaced by Stanley. The band decided to go in an even heavier direction for Vicious, and fired White (thinking keyboards would no longer fit into their music).
By 1995 the band decided to break-up, thus cancelling the release of an album they had recorded called Heroes For Sale (it would finally see the light of day some seven years later). Pierce and Stanley formed Machinegun Kelly while Espinoza pursued a solo career.

The Refused and Lost Tapes

The Best Of Nasty Idols