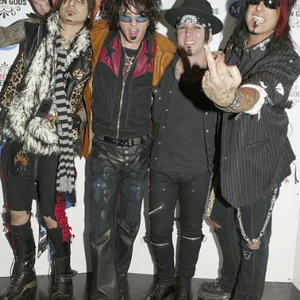 They released debut album Here Come The Brides in 2004 (which charted at number 92 on the Billboard 200) and toured before Sixx departed to rejoin M&ouml;tley Cr&uuml;e. Scott Sorry (Amen, The Wildhearts, Sorry and The Sinatras) replaced Sixx while Ginger (The Wildhearts) joined the group briefly, contributing to the second album, Runaway Brides, released in 2005. The group toured but eventually were put on hiatus, in 2006, following Guns' brief stint in Quiet Riot and the formation of The Tracii Guns Band (which later became the second L.A. Guns). The other members have since moved onto other groups with Coogan playing in Lynch Mob and LeGrand forming Souls Of We .