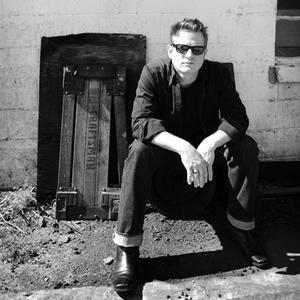 Jace Everett (born May 27, 1972, in Evansville, Indiana) is an American country musician. He released his debut single "That's the Kind of Love I'm In" in 2005, which peaked at No. 51 on the US Billboard Hot Country Songs charts, and was the first single from his self-titled debut album. He co-wrote Josh Turner's Number One single "Your Man". His song "Bad Things" was used as the theme for the HBO series True Blood. In 2009, he released his third album, Red Revelations. The album Mr Good Times followed in 2011.

Everett was born in Evansville, Indiana. His father's jobs kept them on the move though, as he traversed through Indianapolis, Indiana Carmel, and then St. Louis, Missouri before moving to Ft. Worth, Texas at the age of six. While in Texas, Everett learned about his country music roots in church. He started playing country music in his church and in school concerts. He later moved to Nashville, Tennessee to attend Belmont University.

In 2005, Everett was signed to Epic Records. He released his first single, "That's The Kind of Love I'm In", in June 2005. This song charted at #51 on the country charts, and was followed in early 2006 by the release of his self-titled debut album.] Also in 2006, Josh Turner charted at Number One on the country charts with the song "Your Man", which Everett co-wrote, and for which Everett received a Broadcast Music Incorporated award.

Everett is most recognized for his song "Bad Things," which grew popular due to its feature as the theme song to HBO's immensely-popular hit series "True Blood."