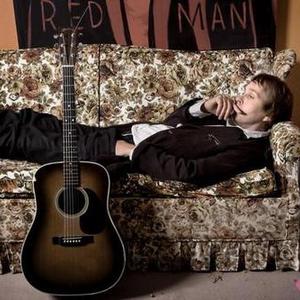 San Francisco based musician Chuck Prophet originally gained recognition as the youngest member of 80's college rock stalwarts Green on Red, with whom he was featured on numerous albums and touring lineups. In the early 1990's, as Green on Red faded to black, Prophet began performing with his future wife Stefanie Finch and releasing independent records on a variety of small labels. Prophet released his solo debut Brother Aldo in 1990 on Fire records,(later reissued in the late 1990's on Walter Yetnikoff's Velvel imprint.

Prophet released his solo debut Brother Aldo in 1990 on Fire records,(later reissued in the late 1990's on Walter Yetnikoff's Velvel imprint. His immediate career path took him through mostly European touring markets and his followup "Balinese Dancer" came out in 1993 & later the Steve Berlin produced "Feast of Hearts" came out in Europe only through the Fire imprint. After a decade long bout with substance abuse, Prophet resurfaced refreshed and renewed on the critical breakthroughs 1998's "Homemade Blood", 2000's "The Hurting Business" and 2002's live "Turn The Pigeons Loose" (all available via Cooking Vinyl in UK). By 2000 he'd recorded a side project with his wife Stefanie called Go Go Market and begun incorporating electronic influences into his traditional roots rock formula, resulting in some mainstream radio play and expanded exposure, culminating in the wider distribution of albums "No Other Love" from 2002 and 2004's "Age of Miracles" on New West Records. Chuck signed a new arrangement in the US with North Carolina based Yep Roc for 2007's "Soap and Water", an album that saw the musician invited to play twice on National Public Radio, as well as on televison talk shows like Late Night With David Letterman, and The Carson Daly Show.

Over the years he also began collaborating with other songwriters like Kelly Willis, Steve Yerkey and contributing as a guitarist/musician to studio efforts from folks like Jonathan Richman, Warren Zevon, Kim Carnes, Cake, Tom Heyman and Jewel. Alejandro Escovedo's upcoming 2008 release produced by Tony Visconti entitled Real Animal was co-written and recorded with Prophet. In addition to having his songs recorded by artists like Solomon Burke, Heart & Cyndi Thomson he has also recorded with men who started out as his influences like Jim Dickinson, Dan Penn and the late Warren Zevon.

The Land That Time Forgot

The Land That Time Forgot (EP)

Bobby Fuller Died For Your Sins