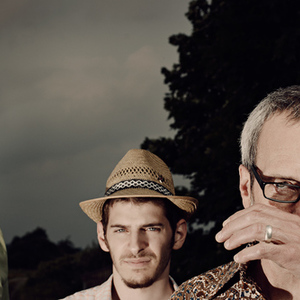 Los Angeles-born Chris Cacavas has been kicking around the music business since the early '80s and has served as a sideman for such artists as Green on Red, Steve Wynn, Giant Sand, and Pat Thomas. He released his debut LP (with his band Junkyard Love) in 1988. Cacavas' country- and folk-tinged rock songs, delivered in a plaintive, mournful voice, have weathered consistent comparisons to Neil Young.

(Comparisons that are certainly further fueled by his appearance on the Neil Young tribute album This Note's for You, Too!, on which he covered "Tonight's the Night.") Most of Cacavas' earlier records are primarily available in Germany, where he has a distinct cult following. 1999's Dwarf Star, released on Innerstate Records, made his country-inflected melancholia more widely available to American record buyers. The effort featured a host of originals, including the childishly innocent "I Like Lyle Lovett" (sample lyric: "If I had a boat/We could sail all day/And he would make me laugh/By the funny things he'd say"). Dwarf Star also featured a cover of the Matthew Sweet pop/country dirge "Someone to Pull the Trigger." In 2002, Cacavas released the album Bumbling Home From the Star on Innerstate.

Me And The Devil

Bumbling Home From The Star