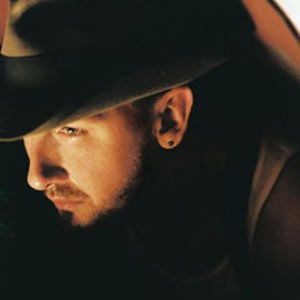 Singer/songwriter Matt King lives in a world of contrasts. One inhabited simultaneously by conspicuous consumption and creeping poverty, sprawling suburbs and decaying rural communities, by embattled corporate chieftains and quietly struggling workaday Americans. King walks a winding path between these extremes, bringing a photographer's eye to his vivid musical portraits. Yet his lens is not given to the cinematic fantasy and marketing hyperbole that has spilled into seemingly every corner of society.

Rather, he strips away the artifice of contemporary culture to reveal what is, at times, a sobering reality.
His perspective draws on the determination of Appalachian forebears who endured the iniquities of coal-mines and timber companies, but with a broad vision that looks askance at agri-giants in the Plains states and mass merchants on Main Street. His music is rooted in this timeless struggle; an American tenor struck in different keys by Steinbeck, Guthrie, Dylan and John R. Cash. Even upon such formidable foundations, however, King is a solitary structure if for no other reason than the alarming absence of such sentiment in millennial American music.
"This music is about the human condition," he explains. "We're very attracted by that of the spirit. And yet we're deeply enamored of what we're made from; trying to maintain youth and beauty, and sucking the marrow out of both ends." When that pressure needs release, King sends his characters in search of the same balms we all seek. He isn't afraid to have a little fun in his songs, or laugh at his problems. "Have I introduced you to my demons?" he smiles. "I confront them in my music, and find that they're not that big and scary after all. Well, that's everybody, just on different levels."
King's perspective is informed by a life journey that has opened his eyes to iniquity obscured by mass media's shiny veneer. His people are 'salt of the earth from westernNorth Carolina", he says. "It's not anything terribly unique. It was a sad little family, a very broken family. But I don't want to make more of it than was there. Music was a refuge. I could disappear."
Eventually, Matt's escape became his reality. He signed with Atlantic Nashville in the late nineties, writing and recording two albums that generated midlevel charting singles and a few nice reviews. And yet that brush with success was prelude to a dark time of divorce, alcoholism and near financial collapse. "I lived the sins most people try to sweep under the rug, burned through them and got out to the other side," he says. "I was buying everything that was sold to me," he admits. "one day a voice was like, 'You have been asleep for thousands of years.' And that was when everything changed. But it took a lot of personal tragedy to get to that place."
His eyes finally opened to the empty promises and shallow dreams spoon-fed through the flickering screens of our profit-driven culture. "What if you bought that thing you can't live without and it made you happy?" King asks. "What if you were actually satisfied? If the machine's promises came to pass, it would crumble. That's how you know it's a lie. And that's what this music is about."
"I went through the machine and came out an emotional sausage on the other side. But I also came out with something to say. This is just one man's view, but for once I'm being true to myself."

And The Cutters (EP)

Of Substance Of Shadows