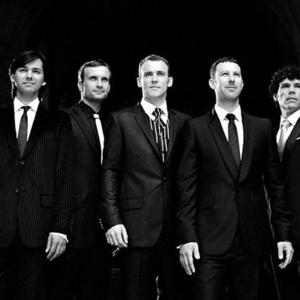 Adoro (ital. for Me adores) is a group produced in Germany of five young opera singers. It was brought to life in the end of 2007 by SODA MUSIC in Berlin as a classical period and pop crossover project and is expelled by Universally Music under the label We Love Music. Their music connects elements of the opera with German-speaking pop songs, as for example "Liebe ist Alles" from Rosenstolz or "Irgendwie, irgendwo, irgendwann " from Nena and big symphony orchestra. Members of the group: Peter Dasch (Bassbariton)