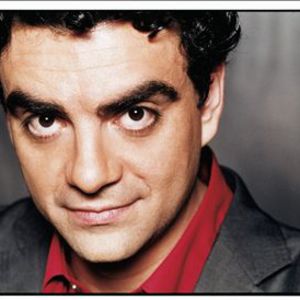 Emilio Rolando Villaz?n Maule?n (b. February 22, 1972, in Mexico City) is a Mexican tenor. He is currently in international demand as an opera singer, and also maintains an active recording career. He has recorded three solo CDs with Virgin Classics and is additionally featured, along with Patrizia Ciofi and Topi Lehtipuu, on the upcoming CD recording of Il Combattimento di Tancredi e Clorinda by Claudio Monteverdi, conducted by Emmanuelle Ha?m.

In August 2005, he sang a highly regarded Alfredo with Anna Netrebko as Violetta Val?ry in Verdi's La Traviata at the Salzburg Festival, conducted by Carlo Rizzi and directed by Willy Decker.

In 2007, Mr Villaz?n will switch his recording company - he has already signed an exclusive long-term contract with Deutsche Grammophon. His final album under the Virgin Classics contract, an album of Zarzuelas under the baton of Pl?cido Domingo, was released in Spring 2007. An album of operatic duets featuring Rolando Villaz?n and Anna Netrebko has been recorded with the Dresdener Staatskapelle under Nicola Luisotti for Deutsche Grammophon and was released in March 2007.