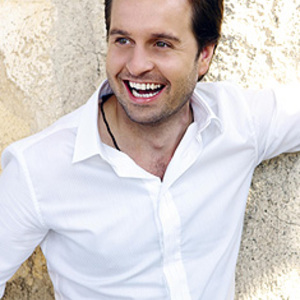 When Alfie began his studies at the Royal College of Music as an opera singer he was encouraged to explore this beautiful classical folk music. As he immersed himself in the history of these arias he was immediately hooked on the tradition it was steeped in & his love affair had begun! "When I'm performing these songs it's the music and the words that are telling the story and that's where the passion comes from. I really connect with the people and their love and emotion for their homeland," explains Alfie.

Alfie's trajectory was set when he left home to join the D'Oyly Carte Touring Opera Company. It was a fine experience but it wasn't enough for the young Boe. He wanted to learn his art thoroughly and left for London enrolling at the Royal College of Music. After graduating he joined the The National Opera Studio and then went on to the Villar Young Artists Programme at The Royal Opera House.

It has been well documented that Alfie's first break came when Baz Luhrmann, after spending two years looking for one of the main leads for his controversial production of Puccini's 'La Boheme' approached Alfie for the role. His performance on Broadway led to him winning a Tony Award which sits comfortably next to his John McCormack Young Voice Award and Lyric Tenor of the World Audience Award.

There have been many highlights in his career but the last 12 months have been exceptional. Alfie has enjoyed two chart topping classical albums and now finds himself on the eve of releasing his third studio album; he was nominated for a Classical Brit Award for 'Best Album' sharing the category with Sir Paul McCartney and Sting; he's toured the length and breadth of the country; performed at the Royal Albert Hall with Lesley Garratt and Sir Willard White; performed in a sell-out run of the English National Opera's production of Kismet alongside Michael Ball and performed at Clarence House where he graciously accepted the role as Ambassador for HRH's Arts & Kids Foundation.