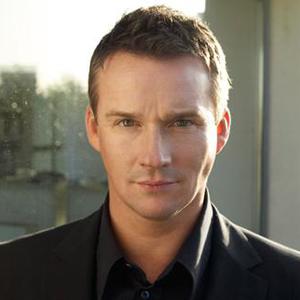 Russell Watson, born in Salford, Lancashire, England, November 24, 1966 is an English tenor who has released popular albums of operatic-style songs. In his 9 year career he has released four singles, five albums and another was planned for November 2006, delayed now until 2007 due to removal of a benign brain tumour. His debut album entitled The Voice followed in May 2001, a mixture of operatic arias and covers of pop songs, topping the UK classical music charts and eventually reaching number five in the UK album charts.

His debut album entitled The Voice followed in May 2001, a mixture of operatic arias and covers of pop songs, topping the UK classical music charts and eventually reaching number five in the UK album charts. Later when released in the United States the album took the number one spot and made history as the first time a British artist has held both the US and UK classical number one. The album featured a duet with Cleo of girlgroup Cleopatra (band) on the song 'Someone like You'. Cleo also did a duet with Russell on his third album 'Reprise' on the song 'The Best That Love Can Be' Cleo.

Prior to the formation of Velvet Revolver, Russell Watson was asked by Slash (former guitarist of Guns n' Roses and currently in Velvet Revolver) whether he would be their singer, however he rejected; on grounds of continuing his solo career, at least for the time being.

Also in 2001, Watson sang the opening theme of Star Trek: Enterprise, "Where My Heart Will Take Me" (written by Diane Warren), originally sung by Rod Stewart for Patch Adams. The song was remixed to be more upbeat in 2003. Watson also sang it live at the Commonwealth games opening ceremony in England in 2002.

In late 2002, he released the single "Nothing Sacred - A Song For Kirsty" to raise money for the Francis House children's hospice in Didsbury, Manchester. Their campaign to raise ?5 million was fronted by Kirsty Howard, a seven-year-old girl with a serious heart defect. The song reached number 17 in the UK singles chart. [2]

Watson won the Album of the Year at the Classical Brit Awards in both 2001[3] and 2002[4], also collecting Best-Selling Debut Album (2001) and Best-Selling Album (2002). He recently played Parson Nathaniel in the stage adaptation of Jeff Wayne's Musical Version of The War of the Worlds which toured the UK in early 2006.