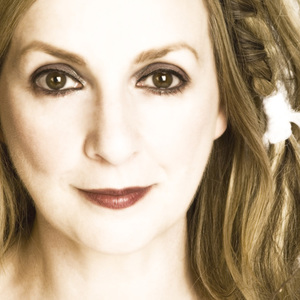 Moya Brennan, M?ire N? Bhraon?in, better known as M&aacute;ire Brennan or incorrectly/phonetically as Moya Brennan (born 4 August 1952, Gweedore, County Donegal, Ireland), is a Grammy Award-nominated Celtic Folk singer. She began her singing career when her family formed the band Clannad in 1970. Brennan grew up as the eldest in a very musical family in a remote parish in the northwest of Ireland, a place where the Irish language and tradition was and still is very much alive.

Brennan grew up as the eldest in a very musical family in a remote parish in the northwest of Ireland, a place where the Irish language and tradition was and still is very much alive.
She sang along with her siblings in the family pub, Leo's Tavern. She also took part in many pantomimes in Amharclann Ghaoth Dobhair, the local theatre, usually dancing and singing.

It was during 1970 that Brennan joined her two brothers P?l and Ciar?n and their mother's two twin brothers Noel and P?draig ? D?g?in and eventually formed Clannad. After enjoying a decade of being the world's foremost traditional Irish act, Clannad graduated to chart success in 1982 with the album Magical Ring. Brennan was at the forefront of the group's success and her voice suddenly became synonymous with celtic music and Irish music at the time. Brennan has recorded 17 albums with Clannad and has won a Grammy, a BAFTA and an Ivor Novello award with the quintet.

Brennan released her first solo album in 1992, M&aacute;ire, on Atlantic Records. Misty Eyed Adventures on BGM followed three years later. In 1998, Brennan signed with Word Records and released Perfect Time, and Whisper to the Wild Water a year later. The album was nominated in the Grammy Awards of 2001 for Best New Age Album. Her music is usually classified as New Age or Celtic. She accepts the Celtic label, but has at times indicated a slight discomfort with being seen as "New Age" as much of her music is strongly Christian, with several of her songs centering on maintaining a relationship with Jesus Christ. Some of her songs show influences from her Catholic upbringing or seem relational due to her own views concerning the Blessed Virgin Mary.

In total Brennan has recorded 25 albums, and has sold over 20 million records. Since 2002, she has promoted herself as Moya Brennan ? a spelling closely resembling the phonetic pronunciation of her name for those not familiar with the Irish variant of the spelling.

Brennan, along with Clannad, are considered as the inventors of contemporary celtic music and are held in high esteem for their vast contribution to modernizing old Irish songs. It is Brennan's haunting voice that has left the most lasting legacy, it has become synonymic with Clannad's work and with Irish music in general. Her ethereal vocalization is considered the archetypal sound of Ireland and strains of her style have been acquired in the soundtracks to Titanic and Riverdance. Brennan is also famous for her harp playing, she has featured it on many Clannad records and her album Two Horizons is based on the discovery of the harp.

Moya is also a member of Irish traditional group, T with the Ms.