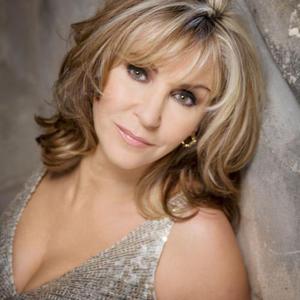 Lesley Garrett has had an extensive music career. A graduate of the Royal Academy of Music, originally from Doncaster, South Yorkshire, England Garrett won the Kathleen Ferrier Prize in 1979, thereby launching her career. During her time as principal soprano at English National Opera, she became well-known for her performances in productions of the operas Le Nozze di Figaro, Cos? fan tutte and Die Fledermaus.

Garrett has performed across the whole world and has also sung opera and pop classics with Bryan Ferry, The Eurythmics and Mick Hucknall to celebrate the arrival of the new century on Millennium Eve, in the grounds at the Royal Observatory and National Maritime Museum.

She played the lead role of Hanna Glawari, in the Welsh National Opera's production of The Merry Widow, which toured the United Kingdom in 2005. As of November 2006, Garrett was performing as Mother Abbess for six months, in Andrew Lloyd Webber's revival of The Sound of Music.

As a recording artist, Garrett has released eleven solo albums. Many of her albums have received gold and silver status. Soprano in Red received the Gramophone Award for "Best-selling Classical Artist of the Year". Garrett was also a featured artist on the platinum selling Perfect Day single released by the BBC in aid of Children in Need.

Garrett is a member of the board of the English National Opera. In 2002, she was awarded the CBE for services to music.

She is also a presenter on the UK commercial radio station "Classic FM".

When I Fall In Love