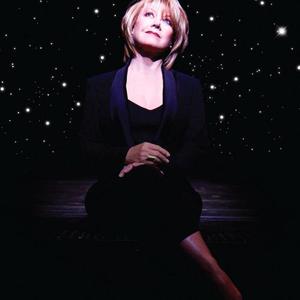 Elaine Paige n?e Bickerstaff OBE (born on 5 March 1948 in Barnet, Hertfordshire) is a well-known English singer and actress, primarily in musicals. Paige's first professional appearance was in the UK tour of the Anthony Newley/Leslie Bricusse musical The Roar of the Greasepaint?the Smell of the Crowd. She made her West End debut in Hair, and went on to featured roles in Jesus Christ Superstar, Nuts, Grease, and Billy (a musical adaptation of the film Billy Liar.)

Paige's first professional appearance was in the UK tour of the Anthony Newley/Leslie Bricusse musical The Roar of the Greasepaint?the Smell of the Crowd. She made her West End debut in Hair, and went on to featured roles in Jesus Christ Superstar, Nuts, Grease, and Billy (a musical adaptation of the film Billy Liar.)

In 1978, Hal Prince offered the still relatively unknown Paige the title role in Tim Rice and Andrew Lloyd Webber's Evita after Julie Covington, who played the role on the album turned down the part. This proved to be the defining moment in her evolution to the self proclaimed title "First Lady of British Musical Theatre".

Paige has portrayed some of Lloyd Webber's most notable female characters, originating the role of Grizabella in Cats (a role she reprised for a video release). She took on the role late in rehearsal when the actress Judi Dench had to pull out due to a torn Achilles tendon. Her performance of the song Memory from that show is her signature piece.

In 1994, Paige took over the role of Norma Desmond in Lloyd Webber's Sunset Boulevard when Betty Buckley was ill, before stepping into the part full time the following year. She transferred to the American production to make her Broadway debut in a performance that Lloyd Webber described as "musically terrific" in 1996, staying with the show until it closed the following year. In 1998, Paige made a guest star appearance at the Andrew Lloyd Webber, fiftieth birthday celebration in the Royal Albert Hall. She sang Memory and Don't Cry for Me Argentina.

By no means has Paige limited her theatre credits to Lloyd Webber projects. In 1986, she appeared as Florence in Chess, (lyrics by Tim Rice, music by Benny Andersson and Bj?rn Ulvaeus, formerly of ABBA), a role she had originated for the 1984 RCA double-disc concept album. The show was notable at the time for its set, which featured a large, tilting stage that resembled an illuminated chess board, with a proscenium built from television screens. For this role Paige was nominated for Laurence Olivier Award in a category Outstandng Performance by an Actress in a Musical.

She followed this success with a hit revival of Cole Porter's Anything Goes in 1989 which she co-produced with Tim Rice, based on the contemporary US (Lincoln Center) production starring Patti LuPone. In 1993, she embarked on a troubled run as famed French chanteuse ?dith Piaf in Pam Gems' musical play Piaf (1993). In 2000 she appeared in another acclaimed revival, Richard Rodgers and Oscar Hammerstein II's The King and I, in which the King was played by Jason Scott Lee.

In 2004, she sang the role of Mrs. Lovett in the New York City Opera production of Stephen Sondheim's Sweeney Todd. In June 2007 Paige will play the title role in the musical comedy The Drowsy Chaperone at London's Novello Theatre.

Paige also has had success in the UK singles charts. I Know Him So Well (from Chess), her duet with Barbara Dickson, held the #1 position in the British charts for four weeks, and still remains the biggest selling record by a female duo in the Guinness Book of Records. She also had a top ten hit with Memory from Cats. Additionally, she has had eight consecutive gold and four multi-platinum albums.

Paige released her first full studio album of new recordings in twelve years, "Essential Musicals" in October 2006. It includes popular songs from musicals identified by a poll on her radio show.

Paige has hosted her own BBC television specials as well as starred in several films for the network, and has also performed in a number of televised Royal Variety Shows. Arts commentator Melvyn Bragg hosted a special edition of The South Bank Show about Paige's career in 1996, entitled The Faces of Elaine Paige. She made special recordings of some of her most famous songs exclusively for the programme. It is frequently shown on PBS in the USA.

More recently, Paige has focused on television appearances, playing Dora Bunner in the 2004 ITV adaptation of Agatha Christie's A Murder is Announced, before performing a guest role as a post mistress in Where the Heart Is.

In September 2004, Paige began a weekly radio show, Elaine Paige on Sunday, on BBC Radio 2, featuring music from musical theatre and film scores. Occasional interviews are also featured, having included theatre impressario Cameron Mackintosh, actress Angela Lansbury, the Pet Shop Boys and Elton John. Paige's show has been described by Elisabeth Mahoney of The Guardian as a "rare wrong move" on the part of Radio 2.