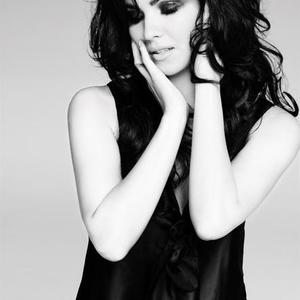 The Russian soprano Anna Netrebko (born 18 September 1971) is a well-known opera singer. She is much admired for her sumptuous voice, her fine technique, and her great personal beauty. Netrebko was born in Krasnodar. She began her career washing floors at St Petersburg's Mariinsky Theatre (home of the then Kirov Opera). There, she attracted the attention of conductor Valery Gergiev who became her vocal mentor.

Netrebko was born in Krasnodar. She began her career washing floors at St Petersburg's Mariinsky Theatre (home of the then Kirov Opera). There, she attracted the attention of conductor Valery Gergiev who became her vocal mentor. Guided by Gergiev, she made her operatic debut at the Mariinsky as Susanna in Le Nozze di Figaro. She went on to sing many roles with the company, including Amina in La Sonnambula, Pamina in Die Zauberfl?te, Rosina in The Barber of Seville, Lucia di Lammermoor among others.

In 1995, at age 24 years old, Netrebko made her US debut as Lyudmila in Glinka's Ruslan and Lyudmila at the San Francisco Opera. After this, she became a frequent singer at San Francisco, and later she appeared in other cities in the US. She became an acclaimed interpreter of Russian roles, such as Lyudmila, Natasha in Prokofiev's War and Peace, Louisa in his Betrothal in a Monastery and Marfa in The Tsar's Bride. However, she also succeeded in bel canto and romantic roles such as Gilda in Rigoletto, Musetta in La Boh?me and Giulietta in I Capuleti e i Montecchi.

In 2002, Netrebko debuted at the Metropolitan Opera as Natasha in that company's first production of War and Peace. In the same year, she sang her first Donna Anna at the Salzburg Festival, conducted by Nikolaus Harnoncourt.

In 2003, Anna Netrebko sang Violetta in Munich, the title role of Lucia di Lammermoor at the Los Angeles Opera and Donna Anna at the Royal Opera House, She also released her first studio album, Opera Arias, which was one of the best seller classical recordings of the year. In 2004, she followed her successes and released her second album Sempre Libera. In 2005, she sang a highly regarded Rom?o et Juliette with Rolando Villaz?n, with whom she also performed in L'Elisir d'Amore later that year. In the same year, she appeared as Violetta Val?ry in Verdi's La Traviata at the Salzburg Festival, conducted by Carlo Rizzi.

Netrebko's voice is notable for having both the softness and flexibility of a lyric soprano as well as the resonance and darkness of a spinto soprano. She has also a large range, being able to sing high E flats and even high E's.

In March 2006, Netrebko applied for Austrian citizenship in Vienna, which she received only months later in August 2006. According to an interview in the Austrian weekly "News", she will live in Vienna and Salzburg.