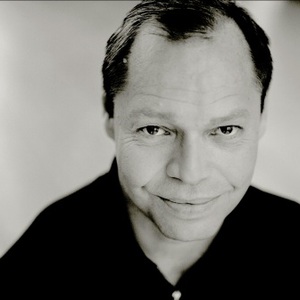 Thomas Quasthoff (born in Hildesheim, Germany, November 9, 1959) is a German bass-baritone generally regarded as one of the finest singers of his generation. Although his reputation was initially based on his performance of Romantic lieder, Quasthoff has proven to have a remarkable range from the Baroque cantatas of Bach to solo jazz improvisations. Quasthoff was born with serious birth defects caused by his mother's exposure during pregnancy to the drug thalidomide which was prescribed as an antiemetic to combat her morning sickness.

Quasthoff was born with serious birth defects caused by his mother's exposure during pregnancy to the drug thalidomide which was prescribed as an antiemetic to combat her morning sickness. Thomas Quasthoff is unusually short (about four feet tall) due to shortening of the long bones in his legs, and he has phocomelia of the upper extremities with very short or absent long bones and flipper-like appearance of his hands.

Quasthoff was denied admission to the music conservatory in Hannover, Germany due to his physical inability to play the piano, then a requirement for entry to the conservatory. He chose to study voice privately. He also studied law for three years. Prior to his music career, he worked six years as a radio announcer for NDR. He also did voice-over work for television.

His music career was launched in 1988 when he won an important competition in Munich, earning praise from the baritone Dietrich Fischer-Dieskau. In 2003, he made his staged operatic debut as Don Fernando in Simon Rattle's Beethoven's Fidelio at the Salzburg Festival. His San Francisco Symphony debut took place September 2004.

Additionally, Quasthoff's recordings of the songs of Brahms, Liszt and Schubert accompanied by pianist Justus Zeyen were nominated for the Grammy in 2000 and 2001. Thomas Quasthoff records for Deutsche Grammophon.

Quasthoff is a full-time voice professor and performs only about 50 times a year. He was a professor at the music academy of Detmold, Germany. He currently teaches at the Hanns Eisler School of Music in Berlin.

For the 2006-2007 concert season, Quasthoff was one of Carnegie Hall's "Perspectives" artists. However, illness forced him to cancel his first two appearances in that capacity.

In 2006 he took his first jazzalbum, "The Jazzalbum - Watch what happens", with Till Br?nner, Alan Broadbent, Peter Erskine, Dieter Ilg and Chuck Loeb.

In the spring of 2012, Quasthoff announced his retirement at the age of 52. During an interview with the German magazine, Der Spiegel, Quasthoff said that his retirement was due to grief at the death of his brother, as well as a recent bout of laryngitis. He also went on to speak that he was now satisfied that the world had not just listened to his art due to his physical challenges, but that his art was truly respected for itself.

The Jazz Album Watch What Happens