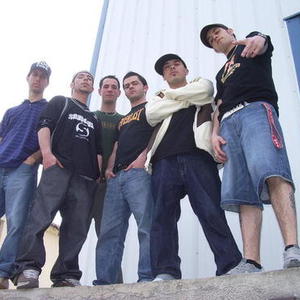 Disturb formed in 1999 in Marseille, France. They play a fierce metal hardcore in the vein of Hatebreed / Terror / Sworn Enemy / Madball led by 2 vocalists that sublime the catchy, furious guitar parts and the powerful, fast and groovy drums fills. They recorded their first 3 songs demo in 2000, so that they could start to spread their music over Marseille area and play shows alongside local bands such as Indust, Unfit, Inmate, Fat society, Eths, Romeo is bleeding to name a few.

Sept 2k1, and after quite a bunch of concerts, the band got ready to record 6 new songs to appear on the critically acclaimed The last resort, released on its own label Locust on fire records and dealed throughout France by Musicast During the 2 years that followed the release of The last resort Disturb performed in many places in France, Belgium, Spain and Switzerland, thus having the luck to share the stage with names like Nostromo, lEsprit du clan, Arkangel, Do or die, Terror, Liar, Length of time, among countless others.. 2k4, the band decided to keep away from the stage for a while, then taking time to focus on the writing of their 1st full length, The Worst Is To Come, that they finally recorded in May at All ProdStudio again, and released on Customcore records. Not only this new record saw the arrival of new singer Julien, to replace Greg who left the band just 2 weeks before the band started the studios sessions, but it unveils the band in its most accomplished musical shape to date. Disturb have taken time to work and detachment to mold their influences in a more personal song writing that definitely emerges on the 10 explosive tracks of the album. The quality of their music now allows them to challenge some of their european and american peers Just after the production of the new album was over, Disturb participated the Furyfest in Le Mans as a 1st live test for their freshly packed and ready to sell new album. There they performed on the main stage in front of nearly 4000 kids, the same day and place where bands like Nasum, Terror, Unsane, Dying Fetus and other Slipknot did. Today the band still is looking for shows and a new deals for distribution outside France and Europe and really is eager to grow bigger and spread its music wherever its possible.

The Worst Is To Come