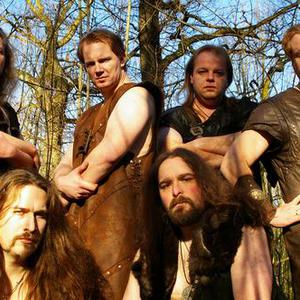 Black Messiah was founded in 1994 as a pure, old-school Black Metal band. The songs of the members at that time, Zagan (Vox, Bass), Frohnleichnam (Guitar), and Reverend Heidenbluth (Drums) paid tribute to Black Metal idols like Venom, Celtic Frost and Bathory, as evident on their 1995 demo. Frohnleichnahm left the band in 1996, and, as a result of major disagreements between Zagan and Reverend Heidenbluth, the Reverend leaves the band, too.

Frohnleichnahm left the band in 1996, and, as a result of major disagreements between Zagan and Reverend Heidenbluth, the Reverend leaves the band, too. Zagan, who has a classical music education, stood alone and with the possibility to reach new musical territory by composing songs with classical and pagan influences.

In 1997, Zagan recorded the first album, "Sceptre of Black Knowledge" with drummer Nabahm (Innana Unveiled and Goat of Mendes). The record was then financed through Last Episode and experienced a world wide distribution. Past songs, like Sceptre of Black Knowledge, Pagan Winter, and Diabolic Rites, joined new material, such as Old Gods, Crusade of the Blackened, and Queen of Darkness. The newer material was met with a very positive reaction from critiques in many magazines and fanzines. Many guest musicians, most notably former Sodom/Kreator guitarist Frank "Blackfire" Gosdzik, added to the creation of the first Black Messiah CD.

A few days prior to the recording of the second album in 1999, Black Messiah left Last Episode records. Contractual agreements on the record company's side were not honored and Black Messiah, like many other bands that Last Episode handled, felt it had been stabbed in the back. This resulted in the immediate cancellation of the contract between the band and Last Episode by Zagan in the summer of 2000.

Black Messiah then entered a self-rented studio to record a 3-track demo. The demo contained three new tracks and carried on the tradition of the first album. Hard but melodic guitar playing was mixed with traditional instruments like the mandolin and violin to create a more traditional pagan sound.

At the beginning of 2001, Zagan and Nabahm decided to part ways. Zagan wanted to bring Black Messiah to live audiences while Nabahm wanted the project to remain purely in the studio. Without hesitation, Zagan began to search for new musicians. After testing many, Black Messiah has been blessed with a strong and talented lineup.

In the beginning of 2005, the band signed a deal under Einheit Produktionen. In the spring of 2005, the band?s second LP, "Oath of a Warrior," was released by Soulfood records. With this release, the band managed to become successful in the international music business. Responses have been predominantly good and many club gigs, festivals, and a small European tour with the Irish pagan metal band Cruachan were done.

In October 2005, the band split up with longtime bassist Drahco. Ni?rd stepped in to replace him weeks later.

First War Of The World

Of Myths And Legends

The Oath Of A Warrior