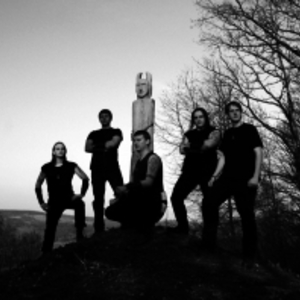 Wolfchant is a band formed in St. Oswald, Germany in 2003. The band plays epic pagan metal with influences of black metal and viking/folk metal. Wolfchant's lyrics deal with legends and folk tales from Nordic mythology. They're signed on CCP Records, Linz, Austria. Biography In 2003, the formation WOLFCHANT was founded in St. Oswald/ Lower Bavaria (Ger.) by the members Lokhi (voc.), Gaahnt (bass), Skaahl (lead guit.) and Norgahd (drums). The band emanated from diverse extreme metal bands, which were left by the members, to advance their individual musical development.

In 2003, the formation WOLFCHANT was founded in St. Oswald/ Lower Bavaria (Ger.) by the members Lokhi (voc.), Gaahnt (bass), Skaahl (lead guit.) and Norgahd (drums). The band emanated from diverse extreme metal bands, which were left by the members, to advance their individual musical development. On the first demo "The Fangs Of The Southern Death", which was published in 2004, music style was a mixture of gruffy melodic death and dark metal. But in the same year, the band produced another demo called "The Herjan Trilogy" which was the cornerstone for the new style of WOLFCHANT. Henceforth, songwriting has been pushed on a high melodic and hymnic level with a broad spectrum of mood and temper. Due to the very positive feedback on the existing material, WOLFCHANT restarted working on new songs more enthusiastic than ever to finalize times of just making demos. In 2005 the line up was completed with Derrmorh (rh.guit). Heavily laden with new songs they participated different samplers, which attracted attention of diverse record labels who were aiming for partnership. Finally, the deal was arranged with the label CCP Records. Together they are working on the growing success of WOLFCHANT. Thus, CCP Records published WOLFCHANT's self-produced debut "Bloody Tales Of Disgraced Lands" in November 2005. Most of the album's reviews were very positive and a large listenership was adressed. That was followed by numerous gigs and different achievements, e.g. a placement in the "Legacy" magazine's reader charts! Now, the debut is followed by another, even harder and more aggressive blasting long player called "A Pagan Storm". But they still keep their true and incomparable style without repeating themselves- i.a. a result of leaving out keyboards- which are commonly used in this genre- and setting new priorities in celebrating their music. Although "A Pagan Storm" has a more aggressive style it doesn't lack graceful acoustic passages and also traditional instruments like flute, mouth harp and accordion are used to put emphasis on different parts. Most texts on the albums talk about nature, but it was also very important for the band to pick up legends about the nordic mythology which is a very central topic on every song idea. In march 2007 Gaahnt left the band and Nattulv took over his position. In may 2008 Nattulv left the band for time reasons and Bahznar entered the band and took over the bass. With their substantial arranged concept WOLFCHANT surely will convince the pagan, viking and heathen listenership and truely, follow their path consequently.