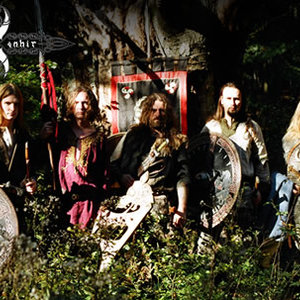 Menhir is a pagan/black metal band from Th?ringen, Germany and was formed in 1995 by Heiko, Manuela and Fix. The band's name is a term from the Celtic meaning "long stone". Hence, the Celtic / Germanic ancestors of the band members are thematically their focus. Menhir's lyrics usually shows this influence since they dive into the linguistic world of the Germans using the ancient language harmonized with their songs. ? The current line-up of the band is: ? Heiko - Guitar, Vocals ? Fix - Guitar, Vocals (Drums until "Buchonia")

Some members of Menhir are also in Odroerir.

More information can be found at their Official Website ? http://www.ziuwari.de.