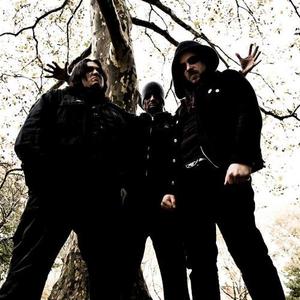 New York's Black Anvil were created in 2007 by former members of recently defunct hardcore activists Kill Your Idols: vocalist/bassist P (Paul Delaney), guitarist G (Gary Bennett), and drummer/vocalist R (Raeph Glicken). The trio recorded its debut album, Time Insults the Mind, for release through Monumentum Records in 2008, but soon drew the attention of Relapse Records, which reissued the LP a year later and put the band on the road opening for Marduk in the summer of 2009. At the same time, Black Anvil were already busy recording their second album, with an as yet unspecified release date.

Members of Black Anvil play in various other Hardcore bands in the NYC Area.