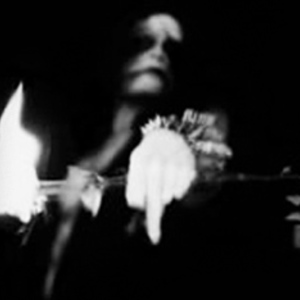 Lurker of Chalice is a one man black metal / experimental band based in San Francisco, CA. A formation date is unknown, but the first demo surfaced in 2001. The person behind Lurker of Chalice is Wrest who is also Leviathan and part of the the "all-star" usbm band, Twilight. Wrest was a drummer with the instrumental rock band, Gift Horse, before his foray into black metal. Lurker of Chalice's sound is a hybrid between neofolk, not unlike Death in June, and the black metal style of Leviathan shrouded in bleak, dark atmospheres; there are also elements of krautrock and ambient.

Lurker of Chalice's sound is a hybrid between neofolk, not unlike Death in June, and the black metal style of Leviathan shrouded in bleak, dark atmospheres; there are also elements of krautrock and ambient.

To date, LoC has released one album: 'Lurker of Chalice', which was released first by Total Holocaust in 2005 limited to 1000 copies on CD only. Later, Southern Lord released a domestic version of the CD with alternate artwork, hand numbered and limited to 777 copies. They also released a 2xLP of the album which contained the bonus track, 'Wail', which was limited to the vinyl release only; a 2008 CD reissue also included "Wail," though it was sequenced differently.

Wrest has stated in previous interviews that there are four unreleased LoC albums. Only two demoes have been released; the first, known simply as 'L.O.C', contained 7 unnamed tracks, and the second, known (like the band's album release, despite being a completely separate recording) as 'Lurker of Chalice', contains ten named tracks (though oddly, the album packaging lists eleven).

With the demise of Leviathan, announced in mid-Oct of 2007 (please see Leviathan wiki page for link of the announcement made by Blake of Nachtmystium / Battle Kommand Records), LoC will now be Wrest's main source of output and future LoC material will consist of Leviathan intended material. The forthcoming split between LoC and Nachtmystium, due in 2008, was originally planned to be a Leviathan / Nachtmystium split.