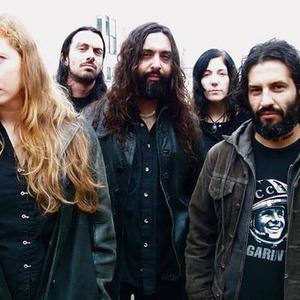 The San Francisco-based quintet Ludicra specialize in crustcore-influenced black metal with neoclassical tendencies. The group formed in 1999 and consists of guitarist John Cobbett (Hammers of Misfortune and The Lord Weird Slough Feg), guitarist/vocalist Christy Cather, bassist Ross Sewage (also of Impaled and formerly of Exhumed and a former session bass player for Wolves in the Throne Room), vocalist Laurie Sue Shanaman, and drummer Aesop (also of Agalloch, formerly of Hickey/Fuckboyz).

Their original lineup included another member, Jesika Christ (also formally of the Bay Area death/black metal band Sangre Amado), who is credited with writing some of the material on the first Ludicra album. That album, entitled Hollow Psalms, came out in 2002 on the Bay Area-based label Life Is Abuse. That recording also featured guest contributions from Melynda Jackson (SubArachnoid Space) and Lorraine Rath. Ludicra play semi-regularly in the San Francisco area, where they have built up a strong reputation based on their intense live shows; in which they have shared the stage with a diverse ranging of bands including the death metal quartet Impaled, the post-hardcore/noise outfit Total Shutdown, and instrumental math metallers The Fucking Champs.