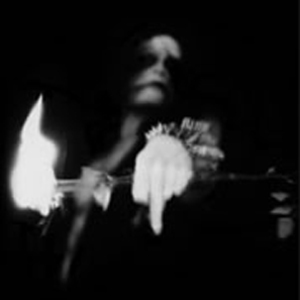 At least 16 artists have used the Leviathan moniker: 1) Leviathan, aka Wrest, is a one-man black metal project from San Francisco, California. The band was brought to life in 1998 and was put on hold in Oct. 2007 due to a legal dispute with the record label. Wrest brought the project back in January 2008 to release the latest album. Wrest plays every instrument found in Leviathan's music; guitar (electric + acoustic), drums, bass, synths, and vocals.

1) Leviathan, aka Wrest, is a one-man black metal project from San Francisco, California. The band was brought to life in 1998 and was put on hold in Oct. 2007 due to a legal dispute with the record label. Wrest brought the project back in January 2008 to release the latest album. Wrest plays every instrument found in Leviathan's music; guitar (electric + acoustic), drums, bass, synths, and vocals.

Leviathan has 15 demos from between 1998 and 2002.
All of these, chronologically, are as follows:

As well as this exhaustive list there exists a compilation entitled "Sacrifice Love at he Altar of War" released in 2001 collecting the best representations of Wrest's work up to that date.

There are also numerous other untitled demos that remain unreleased and uncirculated which contain some material which can be found on the splits and full-lengths. Little information is known about the latter uncategorised (outside the original 15) demos.

There have been two CDs which compiled tracks from some of many of his demos which could be mistaken as full length albums:

Released in a strict amount of 500 and on vinyl only, was the 'A Silhouette In Splinters' album which, in the big scheme of things, was a compilation of intros / outros and more ambient works from previous demos with renamed song titles (some Lurker of Chalice tracks are in effect, the same). This album has since been re-released on CD by Moribund Records.

Recently, in another strict amount of 500 and on vinyl only, was the 'The Speed of Darkness' mini-LP which is just all his tracks from the CD split with Iuvenes released by No Colours in 2003.

Another LP released in late 2006 was 'The Blind Wound', this too was material previously released from one of many split CDs. This however, was pressed in an edition of about 2000 copies.

Leviathan also covered 'My War' by Black Flag for a Thrasher (skate board mag) compilation. The track can also be found on the latest Southern Lord Records sampler CD.

Beyond doing Leviathan, Wrest has a 'side project' under the name of Lurker of Chalice which blends the lines of black metal and neo-folk with a dark ambience.

Wrest has also performed with Sunn O))) and Twilight as well as playing drums for Nachtmystium for some live appearances.

Also noteworthy is his prior band called Gift Horse, a Cali based instrumental rock band in which he played drums for.

Wrest's real name is Jef Whitehead (one F, please reference Black Heart Tattoo's web/myspace page for correct spelling), and outside music he is a famous tattoo artist and artist (created the cover art for the recent Cult of Daath 2xLP (released by NWP!) and works with Hildolf (aka Tim Lehi, who is Draugar) at Black Heart Tattoo.

As of Oct. 24, 2007, Blake from Nachtmystium and owner of Battle Kommand Records has posted the following about demise of Leviathan:
"This is now a Nachtmystium / Lurker of Chalice split as Wrest has completely killed off Leviathan and will be working primarily under the LoC moniker from now on. nothing else to say about that..."

The post he created about the situation can be viewed here.

Leviathan's new album, 'Massive Conspiracy Against All Life' was released on March 24 and March 25, 2008 in Europe and the US (respectively) via Moribund Records despite the possibility of it being shelved and / or being released via Battle Kommand Records under his Lurker of Chalice moniker.

As of January 9th, Wrest was arrested and charged with raping his girlfriend with his tattoo tools as well as assaulting her. The majority of his charges were later dropped, and he was only found guilty of aggravated domestic battery. After serving 94 days in prison, he was finally sentenced to two years probation.

2) Leviathan was a Thrash Metal band from Buffalo, New York. They proved to be the thrash and death metal pioneers who would help pave the way for Buffalo New York's next wave of up and coming extreme metal artists. Formed in 1985, the band bonded immediately and it was their devotion to both extreme metal and hardcore punk in those glorious pre-?crossover? days that inspired 1987's ?Legions of the Undead? demo. Thanks to a vast international network of passionate underground tape traders the demo found it's way into the collections of enthusiastic metal fans worldwide eventually winding up in the hands of Metal Forces magazine's Bernard Doe whose interest led to the bands contribution of two tracks to Metal Forces first compilation LP ?Scream Your Brains Out?. As word spread throughout the underground, record label interest began to generate. Leviathan began to prepare new material for a second demo and an inevitable LP release but unfortunate personal problems forced the departure of drum wunderkind Angelo Lococo. After several disheartening auditions the band decided to disband. Leviathan was known primarily for the contributions of the young Chris Barnes who was the original Cannibal Corpse vocalist and is now the vocalist in the band Six Feet Under.

3) Leviathan from Sweden is a black metal band who released the album 'Far Beyond the Light' in 2002. Is a project of Sir A. from Armagedda.

5) Since their formation in 1989, Colorado's LEVIATHAN have battled against trend after trend while following their hearts by playing progressive heavy rock - a musical genre that has been treated as a virtual non-entity by the music press in the band's homecountry. Refusing to succomb to the unfavorable odds, the group issued a self-titled five song EP, LEVIATHAN (1992), and a full length studio album, Deepest Secrets Beneath, with a line up from which only the two guitarists, Ronnie Skeen and John Lutzow, remain today. While offering only a glimpse into the impressive songwriting chemistry and musicianship that makes LEVIATHAN so unique, the two Jim Morris-produced releases provided the group with a strong foundation in the hard rock scene and garnered positive reviews in virtually every major metal publication in the world.

In addition, Deepest Secrets Beneath reached #8 on the Japanese import charts in 1995, selling nearly 10,000 copies without the benefit of proper distribution. After parting ways with the rest of the group last year, Skeen and Lutzow joined up with drummer Trevor Helfer, vocalist Jeff Ward and bassist Derek Blake to create their most dazzling and musically advanced effort to date. Produced by the band themselves and mixed by Morris, Riddles, Questions, Poetry & Outrage sets a totally different mood with each and every song, producing an album that is very textural and diverse without losing sight of its musical focus. Songs like "Census of Stars" and "Pages of Time" showcase the quintet's ability to create technical yet accessible music, while ballads such as "Are First Loves Forgotten?" and the album's epic conclusion "Passion Above All Else" exhibit the group's talent for writing with depth and feeling. Despite the lack of recognition afforded the band back home, LEVIATHAN are determined to press on with their musical endeavors and recently contributed a track to the second volume of the JUDAS PRIEST Tribute Album ("Night Comes Down") and have a possible European tour in the works for early 1997. In 1997 Corrosive Records released their third foul length album, "Scoring The Chapters" and later the band broke up.

They reunited in 2010 planning to film a gig to be released on DVD.

7) Leviathan is an underground rapper from Minneapolis signed to Insides Music. In 2006 he released his first album Thief Acrobat and Armed Response. His style is spoken word poetry over mellow, lo-fi backing, similar in sound to The Last Poets or Gil Scott-Heron, crossed with the wordplay of modern artists such as The Gift Of Gab but with a more laidback flow than all of these.

8) Leviathan from Germany, released two demos and had a member from Necrophagist

9) Leviathan from Spain who had members in Innerself

11) Michel Klaasen, known as Tellurian and Leviathan, is the man behind the Cenobite label. The music on this label is a mix between underground Trance and hardcore: Trancecore! Lately he also has a live act together with the Predator.

12) Leviathan from Italy, a progressive rock band who, in 1988 and 1990, released two neo-prog albums in the English language before a lengthy hiatus. In 1998, the band returned with an Italian language album of a similar musical style. Another album in Italian followed in 2004.

13) Leviathan from England. http://www.myspace.com/metalleviathan A true heavy thrash metal band from the south of england residing in a small town named gosport ready to take on and conquer the world! Despite the bands young average age it does not hinder them from getting kicked out of pubs across the south of england and gaining a reputation for their rowdy fans. They have recently released their first EP entitled No Man's Land. More details on their old lastfm page under the name: Sirloin.

15) Leviathan was also the handle of Amiga/demoscene musician Andy Carlson, from the USA. His song Dust To Dust was one of very few to be awarded the maximum 5 star rating in the Hornet Archive, the main hub for demoscene musicians in the mid 90s.

16) Leviathan were an industrial band from Melbourne Australia in the mid nineties and released a cd album and several tracks on compilation albums.

Beholden To Nothing, Braver Since Then

A Silhouette In Splinters

Massive Conspiracy Against All Life

The Speed Of Darkness (EP)