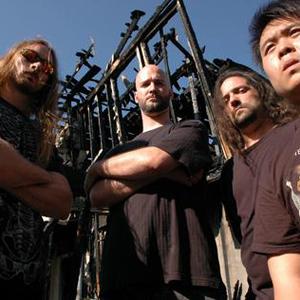 ORDER OF ENNEAD, hailing from the legendary Tampa, FL, play a unique style of extreme metal. Blending elements of death and black metal seamlessly together with emphasis on songwriting and structure. The well trained ear can also pick up the distant influence of the days of thrash. Not forgotten is the ever elusive guitar solo that at times is melodic and other times shredding. Lyrically Order Of Ennead stand apart from the typical death or black metal topics.

Lyrically Order Of Ennead stand apart from the typical death or black metal topics. With song titles such as "As Long As I Have Myself I Am Not Alone" and "Introspection And The Loss Of Denial", the band explores existence, abolishment of negativity and that which makes up the self. Almost as much time has been spent on lyrical content as has been spent on the actual music. Delivering these words is a mid-ranged raspy vocal that is, dare I say, understandable!!

The Greater Ennead consists of the 9 beings that gave birth to the universe and bestowed knowledge upon man. Order Of Ennead has taken this term and used it as a representation of the potential creation that lies within. Through self awareness we will be enlightened. Through self discipline we will be ascended.

An Examination Of Being