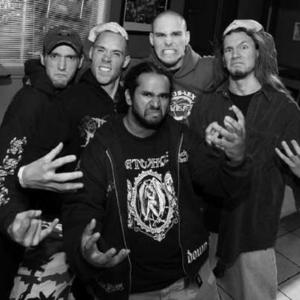 Battlecross play a technical and brutal blend of Thrash & Death for metalheads of the old and new alike. Battlecross recently signed a deal with Metal Blade Records in May 2011 & just released their debut album "Pursuit of Honor" world wide on August 2nd. "BX" fills the void in today's metal world. Forget the cliche breakdowns, droning undertones, or bizarre live gimmicks. Combining all elements of metal from death, tech, and thrash, not set by boundaries or fitting to the latest mold.

Natives of Detroit, Michigan, Battlecross has had the privilege to share the stage with the most incredible bands such as Overkill, Gwar, The Absence, Dying Fetus, Woe of Tyrants, Vader, The Faceless, Vital Remains, Paul Dianno, and Mushroomhead. BX toured in Fall/Winter of 2011 with Diamond Plate & Rose Funeral, and were hand picked to play the CMJ music fest with Turbid North, Kvelertak, & Skeletonwitch in Brooklyn NY on 10/21/11.