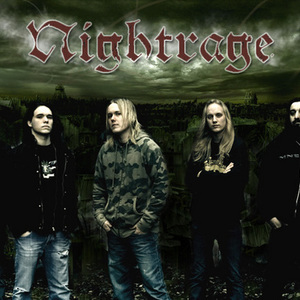 Nightrage is a Greek/Swedish melodic death metal band formed by guitarist Marios Iliopoulos and his close friend Gus G. who later re-located to Gothenburg, Sweden. Tomas Lindsberg of "At The Gates" was the Vocalist of the "Nightrage" from 2003-2005. He recorded on Nightrage's first two full length records Sweet Vengence in 2003 and Descent Into Chaos in 2005. Tomas will also be providing guest vocals on Nightrage's upcoming album.

Tomas decided to leave Nightrage in 2005 so that be band would be able to acquire a vocalist who would be able to join the band on tours and future studio albums, due to the fact that Tomas is a Highschool teacher and they needed to tour worldwide.

A New Disease Is Born