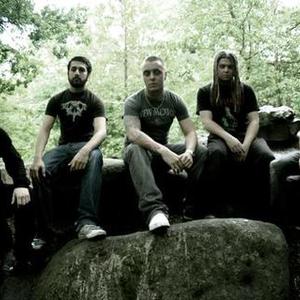 Sylosis is a British melodic death metal band from Reading, Berkshire formed in 2000. They have used various genres in their music over the years with their first 2 EPs and debut album. They base themselves on 1980s thrash metal crossed with modern styles of music like metalcore. Sylosis was formed in late 2000 by original member Josh Middleton when they were back in school, as a bunch of kids who just wanted to play metal; mainly old school thrash and death metal.

They have released Two EPs on In at the Deep End records, entitled ?Casting Shadows? and ?The Supreme Oppressor?. The band has been around since 2001; founding member and lead guitarist Josh and bassist Carl are the only surviving members from the original lineup.

In November, 2007 Sylosis got an email from Nuclear Blast saying they'd love to work with the band and signed to them a month later, in which their debut album was released on October 24 2008. Their debut album Conclusion of an Age has a lot of themes, but is generally not a concept album. Lyrically, the album deals with the end of the human race, in how nature reclaims the earth again. The artwork shows a world living with the human race. There are no religious beliefs behind the writings however. After recording their debut album, guitarist Gurneet Ahluwalia quit the band to rejoin his old band Viatrophy, also from Reading. In his place ex-guitarist Alex Bailey of Viatrophy joined Sylosis, ready for the early 2009 European tour with The Black Dahlia Murder, Cephalic Carnage and Psycroptic.

The band has had many members over the years, many of which have played with, or gone on to play with, other Reading bands such as Exit Ten and Viatrophy.

According to an interview Josh gave to Stream of Conciousness, there's no meaning for the name of the band: "the band name was just something we randomly came up with when we were kids and it doesn't carry any significance".

Edge Of The Earth

Conclusion of an Age