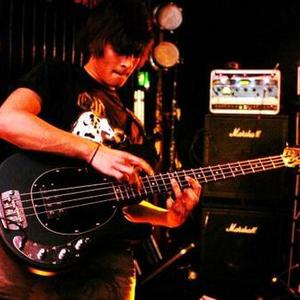 Sacred Mother Tongue are a heavy metal band hailing from Northampton, United Kingdom. The band signed to Transcend Music. The band became a fully functioning unit in 2008 and still consists of the original lineup of guitarist Andy James, singer Darrin South, bassist Josh Gurner and drummer Lee Newell (also of Fields of the Nephilim). In 2012, they announced they had signed with EMI Label Services to release their EP A Light Shines and their forthcoming album (due 2013) Out Of the Darkness.

Sacred Mother Tongue have established themselves as one of the most respected british breakthrough artists in their genre.

They have consistently delivered their own potent rock/metal crossover mix, never failing to impress a crowd, whether playing on the huge festival stages of the likes of Download and Sonisphere, to the well trodden UK and European circuit.

Their debut album 'The Ruin of Man' received widespread critical acclaim, and contained the debut single 'Two Thousand Eight Hundred' which went on to reach number 4 in the rock chart.

2012's [album artist=Sacred Mother Tongue]A Light Shines EP sees the band taking their success to the next level with new label partners EMI. Containing the songs Seven and Evolve/Become, the EP has seen praise from all major rock press and continues to set them up for their forthcoming Out Of the Darkness due in 2013.

For more information check out the artist's official website at [officialsite]http://www.sacredmothertongue.com/.

Out of the Darkness

The Ruin of Man