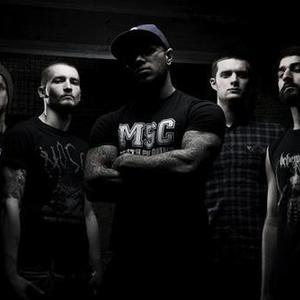 Viatrophy was a deathcore band with heavy melodic influences from Reading, England. They formed by former members of Sylosis, The Seventh Cross, Traces and The Deepest Abyss in 2005. They compile an epic metal sound and a blisteringly destructive live shows. The band reside in the Reading area of the Berkshire metal scene which has spawned such impressive bands as Exit Ten, Sylosis and Malefice.

Signed to London based label Siege of Amida Records, and released their debut E.P. "Chronicles" which was released in 2007. This throws in metalcore influences with in the technical death metal that produces thrashing scaling guitars, grinding drums and screaming vocals with opposing growl vocals.

The band have toured with such bands as Job for a Cowboy, Necrophagist, Caliban, Parkway Drive, Bleeding Through, Abigail Williams and The Red Shore.

The band split up in early 2010 but reunited in early 2011 to headline a festival in India. They are scheduled to play Ghostfest in Leeds this June. But the band is not confirmed to continue after as members are busy with other projects.