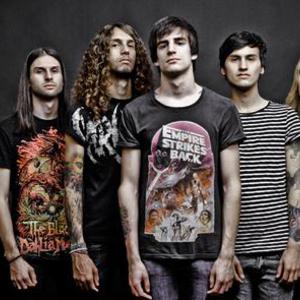 The new wave of melodic death metal is coming from Switzerland, a country which has never given birth to any important act of this genre. Dreamshade's newest album "What Silence Hides" is said to be a breath of fresh air and that it is going to stand out among the others thanks to it's sound: a mixture of guitar solos and melodies which will reach your emotions, in-your-face rythmics able to make you headbang and break your neck, incredibly technical drums, atmospheric keyboards, ripping screams and growls.

Thanks to the hard work and abilities of the young guys, improved by decent sound quality of swedish Studio Fredman's engineers and by Sterling Sound in New York, "What Silence Hides" is said to be one of the best debyt albums of 2010.

Influenced by mostly any kind of music and metal sub-genres, from the most melodic and emotive to the most brutal and aggressive stuff, the guys write songs which make blow up fans of bands like Children Of Bodom, In Flames, Darkest Hour and Norther, still bringing to the world something completely new and never heard before!

The band was formed in 2006 by guitarists Fella and Rocco, but it took them more than 1 year to find the right members able to play such extremely hard and technical riffs. After only 2 years of existence the six guys began to play at some of the most important european festivals such as Metal Camp Open Air 2008, Metal Camp Open Air 2009 (main stage), Summer Breeze Open Air 2009, and did several gigs with the top metal-acts of today. Their live experience and hard work on the scene lead them to perform killer shows where what it can always and constantly be seen is crazy stuff like headbanging neckbreakers, jumping crowds, circle pits, crowd surfings, and whatever may create an unforgettable chaos-party atmosphere! Because this is what a Dreamshade's concert is: a full of energy party in perfect "stay positive" style.

Dreamshade have now signed a worldwide deal with Spinefarm/Universal.

The first long-playing record ?What Silence Hides? was recorded at Cave Studios in Switzerland, produced by Etan Genini of BlackAce, mixed by Fredrik Nordstr?m at Fredman Studio in Gothenburg, Sweden, and mastered by George Marino at Sterling Sound in New York, USA and the release of the album is expected to be end January 2011

The Gift Of Life

To The Edge Of Reality (EP)