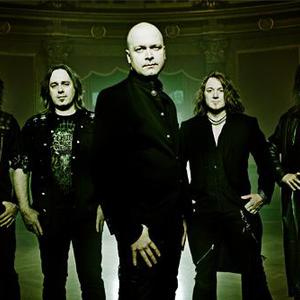 A new band is about to enter the rock world: Unisonic marks the fusion of exceptional vocalist Michael Kiske (ex-Helloween) with Dennis Ward (bass) and Kosta Zafiriou (drums) of Germany's Pink Cream 69. Swiss guitarist Mandy Meyer who is known for his work with Asia, Gotthard and Krokus completes the line-up. Unisonic was formed in 2009 and features Michael Kiske joining a real band situation for the first time in almost 16 years: Since his departure from Helloween in late 1993, he participated in various projects and released several solo albums.

In the project Place Vendome four years ago he not only recorded with Ward and Zafiriou, he found two musical soul mates as well. After the sequel album of Place Vendome named Streets of Fire, the trio decided to join forces for a new band. Dennis Ward, who had previously produced a record for Krokus, suggested Mandy Meyer as the perfect addition for the vacant job on the guitar.
Sharing the vision of a rock band free from any musical corsets, the foursome already started writing songs for their debut album, which is scheduled for release in late 2010.
Michael Kiske, one of the finest and most unique voices in contemporary rock music, explains his motivation of becoming a part of a band again:
"Since the Place Vendome-productions I was impressed by Dennis Ward's skills as a songwriter and producer. We were occasionally fooling around since then via email that we should do more together in the future, so the idea came up to do a new band. I was generally getting a bit tired of doing everything on my own for so many years, so it just felt like the right thing to do now. We can all only benefit from working together. No matter how good you are solo, four people will always be better than one I think, if they manage to function together. And a real band is also a very good reason to finally go on tour again - after 17 years I can?t wait to get back on stage and have some fun with the band and the fans!"
In 2011 not so long ago Kai Hansen (Gamma Ray) joined the band.

Album Artwork Unisonic
UNISONIC unveils the album artwork for the self titled debut album, created by graphic artist Martin Haeusler. The album to be released March, 30th, (Japan March, 21st), will be available in the following configurations:

For The Kingdom (EP)