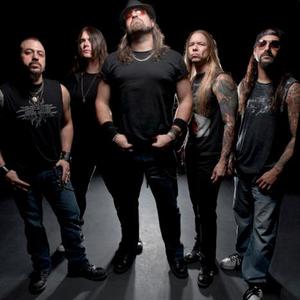 Their self-titled and self-produced debut EP was released on August 9, 2011. The band has posted audio samples from its upcoming debut album on their Facebook page. John Moyer (Disturbed) joined the band in 2012 as the new bassist after DiLeo and Ward left.

In a March 2011 interview, Russell described ADRENALINE MOB as "a straight-up rock band with just rock songs ? kind of like an edgy, modern kind of sound. It's not progressive or trying to be too metal or anything ? it's just good, old crunchy rock stuff." He added, "I think it will be really well received by people who like to hear that kind of stuff. This is a new thing for Portnoy and myself, too. I've always done kind of done stuff with AYREON, but that's more of a vintage-y vibe, but nothing like this, which is kind of modern-sounding, almost like ROB ZOMBIE meets BLACK LABEL SOCIETY meets DISTURBED, [but] with [Ronnie James] Dio singing. It's all this kind of craziness. So it's definitely different and it's cool."