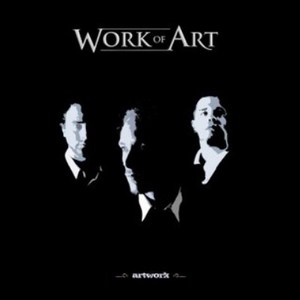 Work Of Art was formed in 1992 when Herman and Robert met while they both attended S?-L school of music. They quickly took a liking in each others songwriting and soon started to record demos together. Herman brought along his friend Lars to play keyboard and sing backup. However, the task of finding a singer was harder than expected and band was temporarily laid on ice. Meanwhile, being exposed to a lot different styles of music while studying, Herman and Robert soon ended up in a lot of different projects that musically had very little in common with WOA.

Upon graduating from school in 1995 the band went their separate ways.

[1998-2000]
In 1998 Herman brought up the idea to start recording again, this time with Lars on vocals. Being a bit reluctant at first, Robert soon changed his mind when he heard the first results of Lars singing their songs. During the following year the guys worked on a bunch of songs in Lars' Krater studio. Four songs made it to the mixing stage in summer of 1999. Only now, Lars became busy with other projects and suggested that the band should temporarily be put on hold for the time being.

[2002-2007]
Getting tired of waiting, Herman and Robert, recorded the basic tracks for 8 new songs and decided to look for a new vocalist. Once again, Lars was asked to help out, this time as a recording engineer. Lars invited the band to his studio for a drum recording session. Luckily, when Lars heard the new material, it didn't take long before he expressed his desire to sing with the band again.