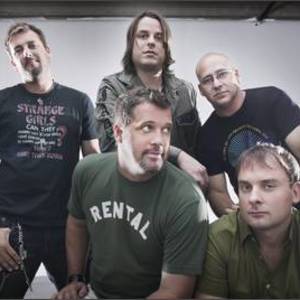 Sister Hazel formed in Gainesville, Florida in 1994 and was named for Sister Hazel Williams, a local nun who ran a homeless shelter. The group released its self-titled debut album in 1994 through its independent record label, Croakin' Poets and shortly after its release, singer/guitarist Ryan Newell and drummer Mark Trojanowski joined the band. Newell played on the album before officially joining the group.

In 2003, after the band split from Universal, it released its fourth studio album, Chasing Daylight, on the Sixthman label and toured throughout the year to promote the album. The band's internet presence emerged during this time period, and hardcore fans dubbing themselves "Hazelnuts" studied setlists, shared bootleg concert recordings, and initiated a promotion scheme with the band through their official website. 2003 also saw the simultaneous release of Live*LIVE, a two-disc live album, and A Life in the Day, a live DVD.

In 2004, Sister Hazel released its next studio album Lift. Songs from Lift were re-recorded for 2005's Lift: Acoustic Renditions, an EP of studio acoustic takes on five of the songs, offered exclusively through Apple's iTunes Store. In July 2005, the Sister Hazel album was re-issued again by Sixthman, in response to claims that the album had become difficult to find in stores.

Sister Hazel then promoted its album, Absolutely, which was released on October 10, 2006. The band also continued to tour and hold annual fan gathering events, The Rock Boat and The Rock Slope. Absolutely is the band's highest charting album on the Billboard charts following Fortress and it received 4 out of a possible 5 stars from Allmusic, a tie with Fortress's score.

On June 5, 2007, Sister Hazel released a "hybrid" album entitled BAM! Volume 1. It contains B-sides from the Absolutely recording sessions and some from previous albums.

On February 9, 2008, Sister Hazel performed a live concert at Daytona International Speedway for the Budweiser Shootout.

Sister Hazel released a live acoustic album on June 17, 2008 entitled Before The Amplifiers, Live Acoustic on Croakin' Poets/Rock Ridge Music. The record features sixteen tracks, including the band's hits, fan favorites, and live concert staples, all in a stripped-down, acoustic format. The album was recorded on January 12 at Nickel & Dime Studios in Atlanta (other bands who have recorded there in the past include Indigo Girls, The B-52's, Shawn Mullins) in front of 100 lucky fans who were chosen at random from more than five thousand entries.

On July 9, 2009 Ford Motor Company announced a collaboration with Sister Hazel to promote the company's new Sync Technology, which is available on a number of Ford, Lincoln, and Mercury vehicles. The band has been chosen to be the face of the company's "Sync My Ride" website.

The band released its seventh studio album of original songs (tenth album overall) on August 18, 2009. The album, entitled "Release", contains 12 tracks and is on the Rock Ridge Music label. On the day of release, "Release" was the number one album on iTunes.

On October 12th, 2010, Sister Hazel released their 8th studio album, "Heartland Highway", which is unique among SH albums in that all band members wrote at least one song that appears on the album.


Sister Hazel Williams was an African-American woman who ran Sister Hazel's Rescue Mission in Gainesville, FL. during the 1970s and early '80s. This facility gave those who were down on their luck a safe place to stay warm, eat and regroup, regardless of age, race or beliefs. It is in this spirit of unconditional concern for all beings that the band chose to use her name.


The band has had music featured in several movies and soundtracks including Major League: Back to the Minors, The Wedding Planner, Clay Pigeons, Bedazzled, American Wedding, and 10 Things I Hate About You. Sister Hazel also appear on the Fleetwood Mac tribute album, Legacy: A Tribute to Fleetwood Mac's Rumours with their cover version of "Gold Dust Woman". In 1999, they recorded a cover of "September Gurls" for the Big Star tribute album, Big Star, Small World. However, the track was not included when the album was released in 2006. The song "Where Do You Go" was featured on Scrubs (Season 6, Episode 4, "My House").

Lighter In The Dark