sixpence none the richer 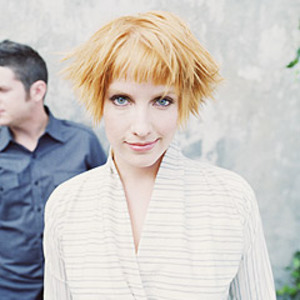 Sixpence None the Richer is a rock band with roots in New Braunfels, Texas, United States, eventually settling in Nashville, Tennessee, named after a passage in C. S. Lewis' book Mere Christianity. Guitarist/songwriter Matt Slocum met vocalist Leigh Nash at a church retreat in the early 1990s. They recorded a demo (which now circulates as The Original Demos) and eventually an album, The Fatherless and the Widow for R.E.X. Records in 1993.

Guitarist/songwriter Matt Slocum met vocalist Leigh Nash at a church retreat in the early 1990s. They recorded a demo (which now circulates as The Original Demos) and eventually an album, The Fatherless and the Widow for R.E.X. Records in 1993. The record featured Chris Dodds (of Slocum's band Love Coma) on drums. Shortly after the release of the album, Slocum left Love Coma to pursue Sixpence full time. The band added Tess Wiley (guitar), J.J. Plasencio (bass) and Dale Baker (drums) for 1995's This Beautiful Mess. Both albums were produced by Armand John Petri.

In 1997, the group signed to Steve Taylor's Squint Entertainment and released a self-titled album, which slowly began garnering attention from a wider audience. In 1999, Kiss Me was released as a single, propelling Sixpence into the national pop spotlight. This song was also used in the film She's All That. The next year, the band recorded a cover of The La's There She Goes, which became their second hit single. This recording was added to the re-release of Sixpence's self-titled album as a 13th track.

The band had a follow up album ready to release, but Squint Entertainment started to fall apart - leaving the band in limbo for several years. Finally, Squint Entertainment was taken over by Word Records, allowing Sixpence None the Richer to record the album Divine Discontent, which was released in October of 2002. It differed significantly from the first pre-release version of the album that had circulated, with five songs removed and six added.

On February 26, 2004, Matt Slocum announced via a letter to CCM Magazine that the group had disbanded. That same year, Best of was released, which also collected some of the Divine Discontent outtakes, and tracks from compilations.

Matt Slocum has started a new band, the Astronaut Pushers which released their debut EP in 2005. He has also recorded and performed with the seminal ambient rock group Hammock. Leigh Nash released her debut Solo Album Blue On Blue on 15 August 2006 on her personal label, One Son Records. The first single, My Idea Of Heaven, was released to USA radio the week of 14 July 2006.

In November 2007, Sixpence None the Richer reunited. The band has released a new EP, entitled My Dear Machine, with tour dates planned throughout 2008 in the States and Europe. In October 2008, they released their first Christmas album entitled, The Dawn Of Grace.

The Dawn Of Grace

Don't Dream It's Over (CDS)

There She Goes (Single) (CDS)