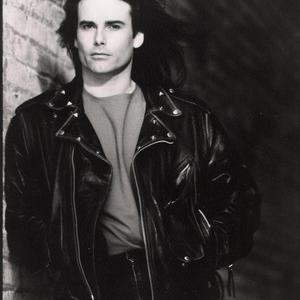 Jimi Jamison (born Jimmy Wayne Jamison, August 23) is a rock vocalist, best known as the lead singer for the band Survivor from 1984 to 1989. Jamison would later reunite with Survivor for a tour in 2000, and for one album in 2006. He has also sang for the bands Target and Cobra and provided background vocals for other bands including ZZ Top. Among his best known performances are "Burning Heart", from the Rocky IV movie with Sylvester Stallone, which hit #2 on the Billboard Hot 100, "High On You" (#8 US), and "The Search Is Over" (#4 US).

In 2005, Jamison was featured in the Emmy-nominated Starbucks commercial which was a parody of Survivor's "Eye of the Tiger". Ironically, Jamison was not a member of Survivor when the song was originally released in 1982. Also in 2005, Jamison performed a duet on "It Takes Two" with teen singer Whitney Wolanin.

Jamison is known for his contributions to charity, and has been a participant in the annual Rockin Christmas Fund charity fundraiser event among others.

When Love Comes Down