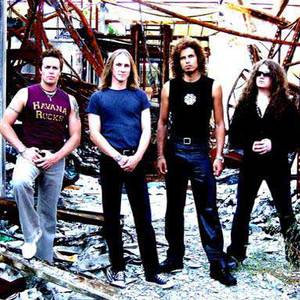 1)Talisman were one of the UK's top Roots Reggae bands in the later 70?s and early 80?s.The band's prowess earned them support slots with acts as diverse as Burning Spear, The Clash and The Rolling Stones. They have reformed with the original line up after 30 years apart to support the re-release of their classic roots single ?Dole Age' on a brand new album ?Dole Age ? The 1981 Reggae Collection'. One of Bristol's finest live acts are back and ready to party once again.

Originally formed in 1977 Talisman were consummate performers constantly vying for the title of one of the country's most popular live reggae bands. They toured the UK building up a loyal following and leaving memories of gigs that are still discussed to this day.

Until now the only way to hear Talisman has been to track down their two difficult to find singles from 1981, or their two later LPs, ?Takin' The Strain? from 1984 and ?Jam Rock? From 1990. Now after nearly thirty years Bristol Archive Records have lovingly compiled this CD of the band at their peak in 1981. Not only does the CD contain the band's two original 7? singles, but also eight carefully selected live cuts from classic shows at Glastonbury Festival and other infamous shows.

Hot on the heels of the critically acclaimed ?The Bristol Reggae Explosion 1978-1983' Bristol Archive Records release ?Dole Age ? The 1981 Reggae Collection' celebrated at their first Bristol show for 20 years at The Fleece in Bristol on 27th May 2011.

3)Talisman is Loyko reborn after the famous late Gypsy Trio disbanded in the summer of 2000. Loyko's guitarist Vadim Kulitskij immediately founded the new trio Talisman with Oleksandr Klimas on violin and Oleg Nehls on button accordion. All three are master musicians but if the crown of devilish chops must go to one of them, it is to Klimas whom aficionados already call Russia's new Paganini, so superhuman is his virtuosity.
Perhaps more ungodly yet is the mindbending precision whereby these three sail effortlessly through drastic time changes and the cossack-style prestissimo finales whereby Russian Gypsies speed up tempi to beyond what seems possible. With haunting vocals compliments of Kulitskij in the lead, and diverse effects by way of pizzicato and guitar-style strummed violin, Russian Gypsy Fire takes folk tunes and similarly inspired material and transforms it into conservatory-style concertizing of the very highest caliber.
Like the Nedim Nalbantoglu/Roberto de Brasov trio with Turkish violin and Bulgarian accordion, Talisman manages to sound far denser than seems possible for a trio formation. These musicians conjure up a microcosm of folkoristic symphonica such as Zoltan Kodaly and Bela Bartok put to score. And lest one suspect multi-dubbing trickery, performance applause between tracks reminds us that we're listening to a live performance. That's when you really shake your head in utter disbelief. In short, this is fiery music, fiercely demanding from a technical perspective and equal parts passion and bravado. It's as though the guitar and accordion equivalents for moviedom's Red Violin had met up in Buchara and found themselves in the hands of gods letting ?er rip for one round of mortal excess, shredded strings, hoarse throats and bloodied fingers to be transformed in the hereafter.

4) Talisman is a pop/rock and very comercial band from Romania. It was formed by Tavi Colen and Alin Oprea. The band appeared in 1996, and at the end of that year they collected the grand prize at the festival "Om bun". Probably their best know hit is "Atat de singur". Unfortunatelly, in the year 2006 Tavi Colen and Alin Oprea decided to split up, and the band practically ceased to exist (though Oprea announced that Talisman will continue to exist with him and the 5 instrumentalists and maybe 2 new girls for backing vocals...)

Five Out Of Five - Live In Japan