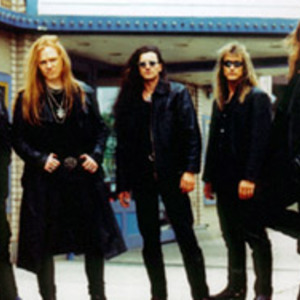 Jaded Heart is a popular German hard rock band who formed in 1990 when Michael Bormann (vocals) and his brother Dirk (guitar) began searching for other suitable band members. The following year Michael M?ller (bassist, ex THE SYGNET) and former MAD MAX drummer Axel Kruse joined to finalise the first line up. In 1994, the band recruited keyboardist Chris Ivo shortly after the release of the first album "INSIDE OUT", a solid debut with strong melodic tunes throughout.

In 1994, the band recruited keyboardist Chris Ivo shortly after the release of the first album "INSIDE OUT", a solid debut with strong melodic tunes throughout.

With the release of a second album "SLAVES & MASTERS" in 1997 the band gained wider recognition, especially in Japan where the album stayed in the import charts TOP TEN for four months.

Following their motto ?be quick or be dead?, "MYSTERY EYES", their third studio album, was released in December 1997 on Teichiku Records in Japan. Shortly afterwards, the album was released in the band's home country.

In June 1998, guitarist Barish Kepic joined the band. Their fourth album, simply called "IV", was produced in the summer of 1999 by BOBBY BARTH (AXE, GUILD OF AGES, BLACKFOOT) in his NEH Studios in Denver, Colorado. With the production of this album in the United States, JADED HEART pushed themselves to the extremes. "IV" is still nowadays regarded as one of the greatest masterpieces of Heavy Rock of all times.

In February 2001 they released their Best Of album "DIARY 1990-2000" and undertook a successful tour with Swiss Rock legends GOTTHARD around Europe. After the tour, Chris Ivo left and was replaced by Henning Wanner. In December of the same year, the band started working with producer TOMMY NEWTON (VICTORY guitarist) on their fifth album "THE JOURNEY WILL NEVER END". Released in April 2002, the album was well received amongst fans and critics notwithstanding a progression in the band's style and sound.

Autumn 2003 started with JADED HEART working on new songs for their album "TRUST" which was a departure to their previous release. After the completion of the band's first major headline tour in 2004, Michael Bormann decided to leave the band and was replaced by Swede JOHAN FAHLBERG (ex-SCUDIERO).

The Album "HELLUVA TIME" was the first major release with Fahlberg fronting the band and further European tours followed in 2005 and 2006. With this album starting a new chapter for Jaded Heart, the band went on tour as support for german metalheads Helloween in the south of Europe. Jaded Heart then completed a successful headline tour of their own with Peter Oestros, long time friend of the band, joining as permanent guitarist.

At the beginning of 2007 Jaded Heart started the production of their new album ?Sinister Mind?, due for release in October.