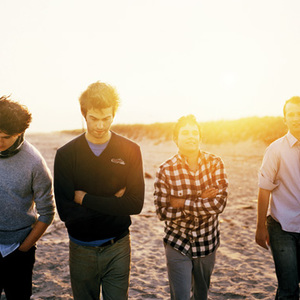 Vampire Weekend received much buzz from local blogs throughout 2007 during their rise to a record deal with indie label XL Recordings. Rolling Stone placed Cape Cod Kwassa Kwassa at number 57 for the top 100 songs of 2007.

Their second album "Contra" was released on January 12, 2010. It contains the single "Cousins". The album debuted at #1 on the Billboard 200, only the 12th independently released and distributed album to achieve such a feat.

The name Vampire Weekend comes from a movie that Ezra Koenig made in the summer of his freshman year at college. You can watch the trailer on Youtube, here.

Their official site is http://www.vampireweekend.com/

Father of the Bride

Modern Vampires of the City