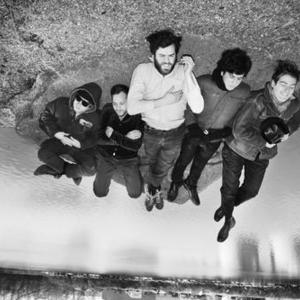 Dr. Dog has been creating music in various incarnations for four years now. Beginning with The Psychedelic Swamp, a concept album realized in the damp ruin of a flooded basement with waterlogged guitars and a digital delay pedal, the band has simmered on the back burner of our musical lives for most of its existence but we've recently renewed our resolve to forge ahead and give Dr. Dog the attention we think it deserves.

Although Dr. Dog has as many as 20 honorary "members" who have assisted in various (mostly spiritual) capacities through the years, the core of the band consists of five musicians. Our standard instrumentation includes two guitars, bass, drums, keyboard and three part harmonies. The Beach Boys, The Beatles, Tom Waits, David Bowie and Neil Young are influences, but we would be remiss in not acknowledging our debt to Pavement, Palace Brothers, R. Stevie Moore or Roy Wood.

Currently, the lineup is as such: Toby Leaman on bass and singing, Scott McMicken on woof+mud distortion solo guitar and voice, Frank McElroy on lean clean occasionally tremolo'd guitar, Zach Miller on keyboard(s) and Eric Slick on drums.

We've all done our share of playing. Toby and Scott have played together in a myriad of bands including Raccoon, Unleash the Bastards, and Beard; Andrew played bass in Raccoon and managed the phenomenal The Teeth; Zach has played with Bradford Trojan and Traffic Jam and studied jazz guitar.

Aside from the aforementioned Swamp album - a self-produced, self-recorded low-fi four track recording - we have two other recordings. Toothbrush is a compilation of fourth generation eight-track recordings culled from the past few years. Easy Beat was the first proper record, followed by the 2006 EP Takers And Leavers and two full-length albums, 2006's We All Belong and 2008's Fate. The latest release is called Shame, Shame, and was released April 6th, 2010.

Live At A Flamingo Hotel