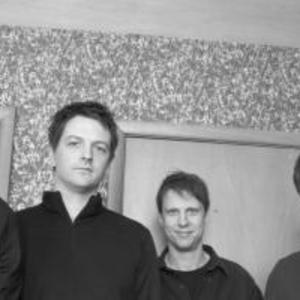 Novillero formed in 1999 out of the ashes of Winnipeg lounge pop darlings Transonic, picking up Rod Slaughter (Duotang), Dave Berthiaume (Bulletproof Nothing), and Rusty Matyas (The Waking Eyes) along the way. This lineup released "The Brindleford Follies" on Endearing Records, toured moderately in support of it's release, and then ground to a halt early in 2002. After nearly a year apart, Rod, Sean, Dave and Rusty got together to have some fun and play a one-off show with new songs.

After nearly a year apart, Rod, Sean, Dave and Rusty got together to have some fun and play a one-off show with new songs. It felt really good; the music was heading in a new direction, relying less on spacey psychedelia and more on keyboard driven pop hooks while retaining enough of their mod influence to bridge the gap. They added Grant Johnson when Rusty scaled back his input to focus on The Waking Eyes (who had just signed a record deal with Arnold Lanni's new label Coalition Records). Since then they have released 2 albums on Mint Records; the critically acclaimed "Aim Right For The Holes In Their Lives" in 2005, and "A Little Tradition" in September of 2008.

The result is a cohesive and unique sound in the Canadian independent music scene, with a live show that is not to be missed.