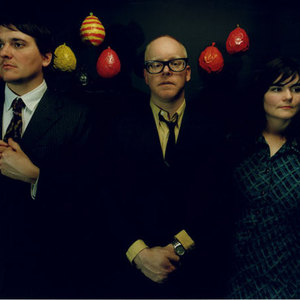 The Minders are one of the Elephant Six Collective bands. Started by Martyn Leaper in Denver, CO in 1996, the band's current members include Leaper on guitars and vocals, Rebecca Cole on keyboards, Jeff Almond on guitar, Marc Willhite on bass, and Joel Burrows on drums. Leaper formed the Minders in Denver with Tammy Ealom, who, along with Robert Schneider and Hilarie Sidney from The Apples in Stereo, recorded Paper Plane EP.

Leaper formed the Minders in Denver with Tammy Ealom, who, along with Robert Schneider and Hilarie Sidney from The Apples in Stereo, recorded Paper Plane EP. Ealom soon left Leaper to start Dressy Bessy, citing artistic differences, and Leaper recorded the "Come On & Hear 7"," allegedly one of the fastest selling Elephant 6 releases in history. At this time, Leaper began attempting to form a more permanent band after releasing "Paper Plane" on 7".

With a permanent lineup set, the band was able to release Rocket 58 as an EP and sign to spinART Records, who released their first album Hooray for Tuesday in 1998. Touring and the release of some other singles ensued, and the band split, with Leaper and Cole moving from Denver to Portland, OR and recruiting future Jicks bassist Joanna Bolme. The minor upheaval resulting in the eventual release of Cul-de-sacs And Dead Ends, a compilation of singles and b-sides.

Bolme left the Minders shortly after the release of the band's second proper album, Golden Street, in 2001. Almond and Willhite regrouped with the band in time to release their third album in 2002, The Future's Always Perfect.