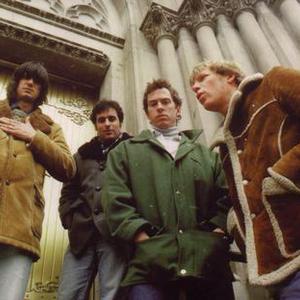 "We definitely all missed playing together, and a couple of close friends kept urging us to play shows," says singer/guitarist Tim Bluhm about The Mother Hips' decision to reconvene. "We approach the band differently now than we did before the hiatus. There's no pressure on us the way we do it: We all have other sources of income, and mostly aren't dependent on the Hips making money at shows. I think of us as 'musicians of leisure.'"

Formed nearly 15 years ago at Chico State in Northern California, The Mother Hips have seen it all, and there are already two documentaries about them-Stories We Could Tell and This Is The Sound-to prove it. They've gone from dorm band to buzz band to cult favorite; they've taken a truckload of drugs and then kicked their habits; they've played with everyone from Wilco to Johnny Cash; they've worked with countless labels (including two albums on Rick Rubin's American Recordings); and they've dealt with more industry bullshit than the average band could handle. And when singer/guitarist Greg Loiacono told his bandmates he wanted to take a break following the release of 2001's critically acclaimed Green Hills Of The Earth, it seemed as though the Hips were on their way to getting thrown into the coulda-woulda-shoulda pile.

But with the release of the band's new seven-inch and EP on New York City upstart Camera Records, it's clear that The Mother Hips (Bluhm, Loiacono, drummer John Hofer and bassist Paul Hoaglin) aren't just back-they're back with a purpose. "Red Tandy," "Blue Tomorrow" and the EP-only "Colonized" are all perfect examples of the group's ability to channel such classic bands as The Byrds, Buffalo Springfield, The Band and The Beach Boys while writing thoughtful and beautiful tunes that sound just as timeless as the Hips' inspirations. And, of course, the guys still have something to say.

"'Colonized' is about the human soul clashing with the incredible greed that thrives our culture,'" says Bluhm. "Anything that's cool or appealing is instantly 'colonized' by advertisers until we become almost afraid to express an original idea for fear that it will be used to sell fucking coffee or surf trunks."

The quartet's first release in four years features songs-two on the vinyl, four on the CD (including an alternate version of "Red Tandy")-written both collaboratively and separately, and is an excellent appetizer for a new full-length LP slated to be issued next year. If the Hips sound creatively energized amidst all the harmony-drenched, California-baked rock, it's because they are.

"Greg is my favorite person to play music with and one of my favorite songwriters," notes Bluhm. "We started out together. You only have one of those guys per life. Sometimes I feel like I can't even sing unless he's singing with me."

"Toward the end of 2001, it had become 'work' and it didn't feel right-we were all so bitter all of the time," says Loiacono. "Now when we come together to play, there's true happiness in seeing each other, and in creating new sounds and feelings for ourselves and for the fans that come to hear us."

Though all four members remain busy with the other projects they launched during the hiatus-including Bluhm's solo career, Loiacono and Hoaglin's Sensations, and Bluhm and Loiacono's Ball-Point Birds-expect plenty of activity from the Hips in the near future. And count on witnessing them having a blast.