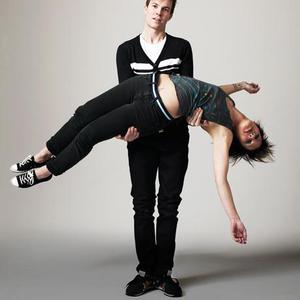 Matt & Kim are an indie dance/power pop duo which formed in Brooklyn, New York, United States in 2004. The band consists of Matt Johnson (vocals, keyboards) and Kim Schifino (drums, vocals). They have released four studio albums: ?Matt & Kim? (2006), ?Grand? (2009), ?Sidewalks? (2010) and ?Lightning? (2012) Matt and Kim's enthusiasm comes across loud and clear on the band's newest album, Lightning. Available now on the FADER Label, it's the band's most diverse and developed release to date.

Matt and Kim's enthusiasm comes across loud and clear on the band's newest album, Lightning. Available now on the FADER Label, it's the band's most diverse and developed release to date. The indie dance duo, known for their energetic live shows, wrote, recorded and self-produced Lightning in their Brooklyn home studio. The album made it on Entertainment Weekly's "The Must List", was named in Complex Magazine's "50 Most Anticipated Albums of the Rest of 2012," and was hailed across the board for its dynamic sounds. Lightning features the beats of lead single "Let's Go", which Matt and Kim performed on Late Night With Jimmy Fallon before kicking off a massive, sold-out headlining tour of North America in 2012.

Lightning is their 4th LP, following Sidewalks, which debuted at #1 on the iTunes Alt Chart and #3 on Top 200 chart and found Matt & Kim selling out 2 headlining US tours and joining an arena tour with blink-182 and My Chemical Romance. Winners of the MTV VMA for "Best Breakthrough Video" and the mtvU Woodie Award for "Best Live Performance," Matt and Kim released yet another viral video for Lightning single "Let's Go" where they posed for some very funny (and downright weird) group portraits with an interesting cast of characters.

We Were The Weirdos (EP)