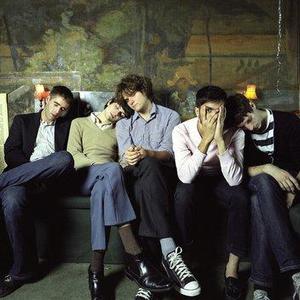 Voxtrot was an indie pop rock outfit from Austin, Texas. The quintet is fronted by Ramesh Srivastava and also includes Jason Chronis, Mitch Calvert, Matt Simon, and Jared Van Fleet. Their debut, Raised By Wolves EP was released in 2005 under their own independent label, Cult Hero Records. In March of 2006, Voxtrot released their second EP entitled, Mothers, Sisters, Daughters & Wives EP, which was followed by Your Biggest Fan in November of that year.

Voxtrot released their first full length album on May 22, 2007. It was eponymously titled Voxtrot. The first single from that album, Blood Red Blood, was released on May 14, 2007.

On April 21, 2010, frontman Ramesh Srivastava announced that the band will be breaking up after a small farewell tour.