Noah And The Whale 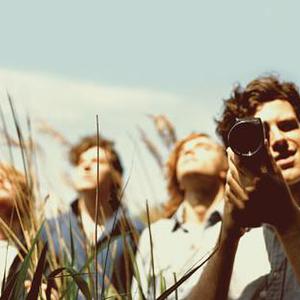 Noah and the Whale is an alternative/folk group formed in Twickenham, London, United Kingdom in 2006. They consist of Charlie Fink (vocals, guitar), Tom Hobden (fiddle, keyboards), Matt "Urby Whale" Owens (bass), Fred Abbott (keyboards, guitar) and Matthew Petulla (drums). Former members of the band include Doug Fink (drums), Laura Marling (vocals, guitar) and Jack Hamson (drums). According to Songfacts, the band's name is a combination of the title of one of their favorite films, The Squid and the Whale and Noah Baumbach, who directed the movie.

They released their debut album Peaceful, The World Lays Me Down - which contains the UK Top 10 hit 5 Years Time - in August of 2008.

A year later, following the end of a relationship between Charlie Fink and Laura Marling, the band released The First Days Of Spring, a concept album written about Laura. It came with a film to accompany the album, written and directed by Charlie.

The First Days Of Spring

Peaceful The World Lays Me Down